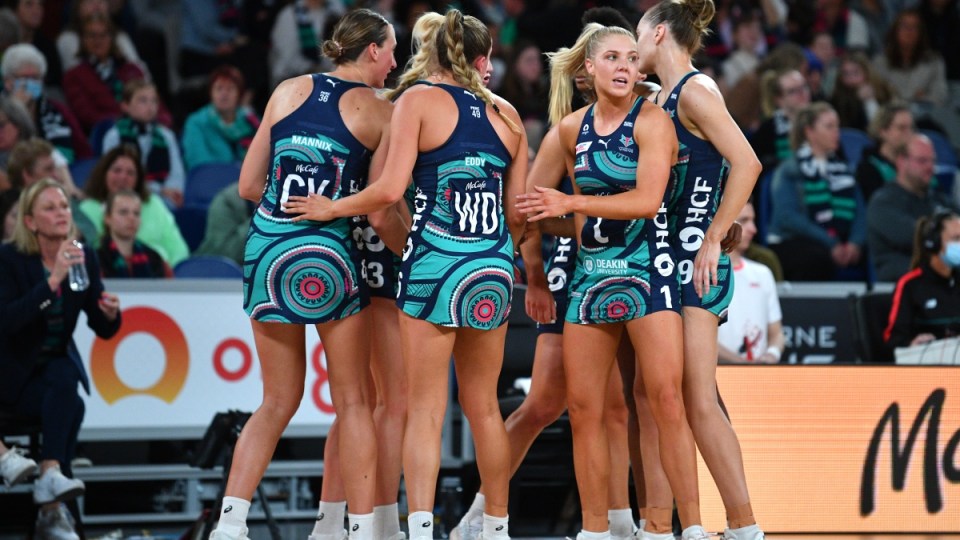 Melbourne Vixens have been shortchanged with the Super Netball final being played in Perth. Photo: AAP

Netball Australia CEO Kelly Ryan has defended the decision to sell hosting rights for the Super Netball grand final annually, saying it will help the organisation turn around its dire financial position.

The ladder-leading Melbourne Vixens have been dudded after this year’s Super Netball grand final was sold to the Western Australian government.

It means Perth’s RAC Arena will hold this season’s decider on July 3 in a move that has caused outrage among players and fans.

It’s believed Netball Australia will receive about $300,000 from the deal, which was announced with just two rounds remaining in the regular season.

As a playing group all that we want is respect and transparency. @AusNetballPA pic.twitter.com/Tuk8r4yd1h

As part of the deal struck with the WA state government, the Australian Diamonds will use WA as their base for their Commonwealth Games training camp in July.

Netball Australia said on Thursday the grand final will be taken to a new location every season, rather than it being handed to the team that earned hosting rights.

If they stay in that position at the end of the regular season, the Vixens will host Fever in the major semi-final, with the winner progressing straight through to the grand final.

Even if Fever loses the major semi-final, it will now get to host the decider if it makes it through the preliminary final.

Ryan laid out Netball Australia’s dire financial position when defending the decision to rotate the grand final in future years.

“We have $4 million in loans now owing to financial institutions.”

Ryan said she felt for the Vixens, but it was a decision that had to be made.

“I do appreciate the sensitivities around this decision for them and we want to work with them so they understand the harsh realities about why these decisions have been made,” Ryan said.

The Australian Netball Players’ Association have called for a change of culture at Netball Australia in the wake of the decision.

“The players are devastated – both by the decision, and the way it has been handled,” the ANPA said in a statement.

“Netball Australia tells us that we are the “game’s most important asset” and a “priority” partner. And yet they treat us as the lowest priority.

Fans have also been quick to lash out at Fever’s advantage this year, less than 18 months after the club was found guilty of cheating the salary cap in 2018 and 2019.

“I think it’s really unfair on the Fever that this continues to circulate,” Ryan said.

“They’ve received their punishment. They’ve done what they needed to do and this is a new Fever.”

For the first time in the league’s history there will be prize money for the teams who make the grand final.

Netflix will soon have ads, but it might not be what you think
Kookaburras double up with 4-0 win against New Zealand
Today's Stories