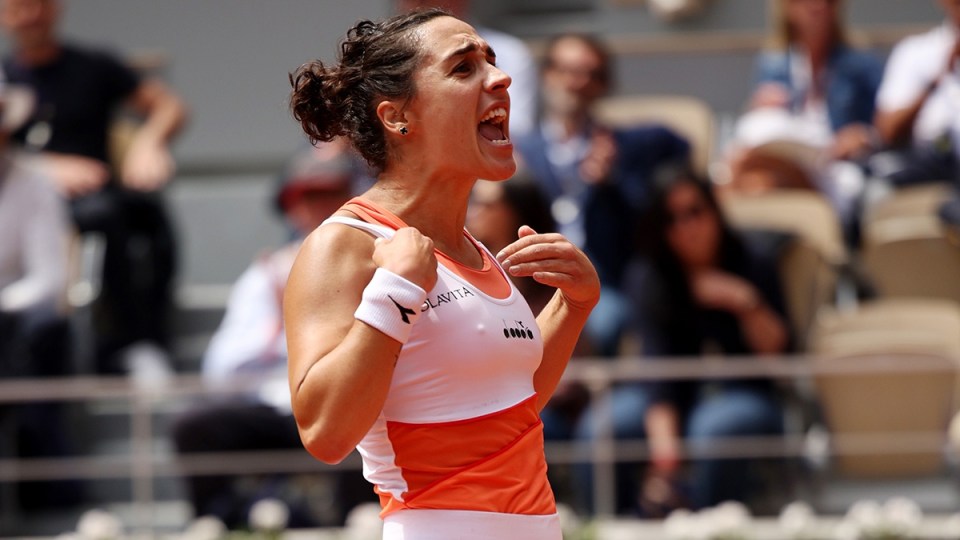 Unseeded Italian Martina Trevisan has surged into the French Open semi-finals with a 6-2 6-7 (3-7) 6-3 defeat of Canadian teenager Leylah Fernandez.

Trevisan had all the answers as she dominated most of Tuesday’s match against a below-par Fernandez, who struggled to repeat the form that took her to last year’s US Open final.

The world No.59 could have won in straight sets but wavered when serving for the match at 5-4 in the second as fellow left-hander Fernandez dug deep to stay in the contest.

Fernandez comfortably claimed the tiebreak to become the first player to take a set off Trevisan at Roland Garros this year, but it was to prove only a brief respite.

Everything you need to know as it happens 👇#RolandGarros

Trevisan raced into a 3-0 lead in the deciding set and won a fiercely-contested fourth game to earn a double break.

Fernandez, who was treated for a foot injury in the first set, broke serve twice herself to claw back to 3-5.

The nerves were obvious as Trevisan again served for the match, but this time she would not be denied as she secured the win with an angled crosscourt forehand.

“I felt a little nervous on the first match point. But afterwards I accepted the situation to be close to a semi-final. I realised it was normal to feel that way,” the winner said on court.

Trevisan, 28, said that her first career title in Rabat right ahead of Roland Garros helped her.

“The trophy in Rabat was very important. It was an incredible week. I came here with a lot of confidence and wasn’t tired,” Trevisan said.