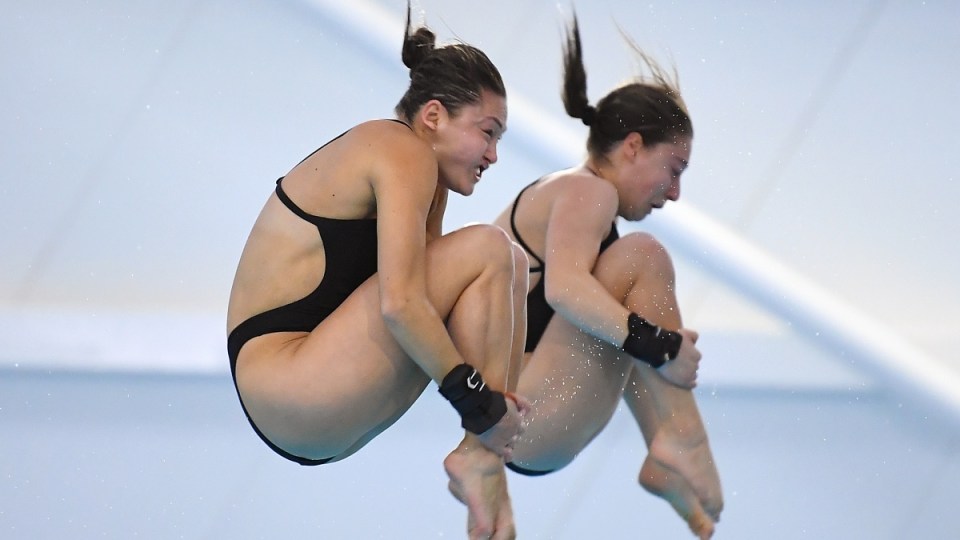 Charli Petrov wasn’t even born when a 13-year-old Melissa Wu burst onto the diving scene in Melbourne in 2006, but the 14-year-old has delivered a winning combination with her hero to all but clinch a Commonwealth Games berth.

Wu effectively sealed selection for her fifth Games by winning the 10-metre platform synchronised with Victorian up-and-comer Petrov, who was competing in her first open-age event, at the trials in Melbourne on Wednesday.

“Mel’s awesome. This is my first comp with Mel, actually. She was telling me to breathe and stay calm when I was freaking out and she’s been a great role model,” Petrov told AAP.

“Standing up there next to Mel, I’ve been training with her for a while now but still the thought of seeing Melissa Wu and Charli Petrov (on the scoreboard) is just an unreal feeling.

Australia's best divers are ready for the Australian Open Championships which get underway at Aquanation in Ringwood (VIC) tomorrow.

Men's and women's Platform Synchro is first up, from 10am tomorrow!

“I knew this comp was going to be a make it or not, so having this comp off my shoulders is definitely a relief, I feel very proud of myself to have made it through.

“I’m super excited. Watching on TV past Comm Games like 2018, I always thought ‘I wish that would be me one day’.

Wu and Domonic Bedggood won gold in the women’s and men’s 10-metre individual platform respectively on the Gold Coast in 2018.

But both veterans are only competing in the 10-metre platform synchronised at this week’s Australian Open Diving Championships, which double as trials for both the Birmingham Games and the 2022 FINA world championships.

.@CommGamesAUS & @speedo today reveal the uniforms the Australian #Swimming and #Diving Team Members will be wearing at @birminghamcg22 🇦🇺💚💛#Speedo #B2022 #BoldInGoldhttps://t.co/OMgJNmAAdQ

Wu and Petrov led Emily Boyd and Nikita Hains by 8.76 points after Wednesday morning’s preliminary round.

The Games team is yet to be announced but winning the synchronised events on Wednesday, while also meeting required points tallies, was effectively enough to seal a Birmingham berth.

There are 14 spots in Australia’s diving team for Birmingham, where the competition will run from August 4-8.