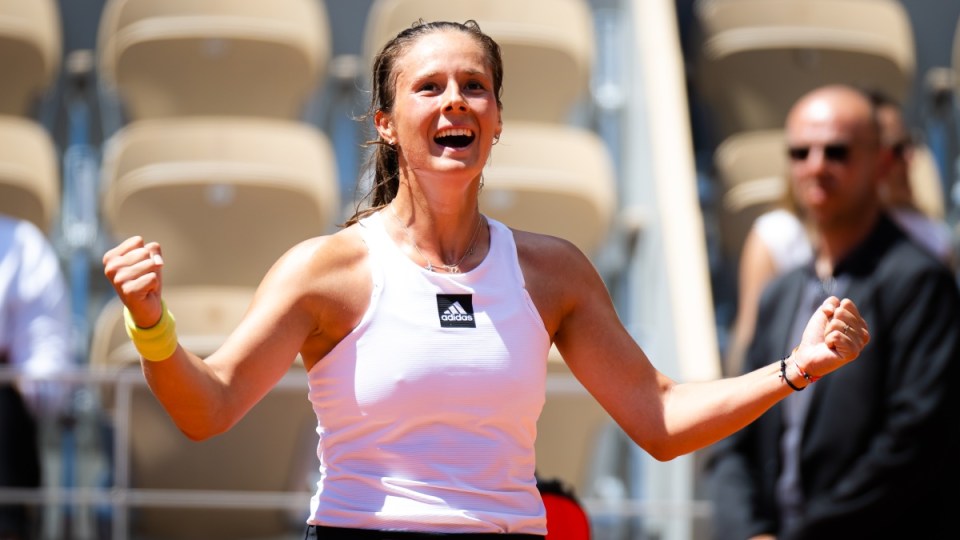 Kasatkina, the 20th seed, has never managed the last four in any grand slam before and prevailed in front of partly empty stands after a previous late night on Court Philippe-Chatrier for the Rafa Nadal-Novak Djokovic match.

Kudermetova needed a medical timeout for an apparent foot problem while leading 6-5 in the second set.

The world No.29 peppered the vast Philippe-Chatrier stands with the ball and ultimately paid the price for a scrappy performance with 50 unforced errors – double that of Kasatkina.

“You could see that the match was a really nervous one and tight, especially the tie break,” said Kasatkina, who missed four consecutive match points before finally sealing the win.

“It’ s a very important win for me and I am happy to be in the semis for the first time.

“I tried to forget about the games I had lost. It is so mental but am happy that I was able to keep it.”

Kasatkina next faces the winner of the quarter-final between top seed Iga Swiatek and Jessica Pegula.

American Coco Gauff will take on Italian Martina Trevisan in the other semi-final.

The Russian pair will not be able to play in the next grand slam after Wimbledon banned Russians and Belarusians due to the war in Ukraine.