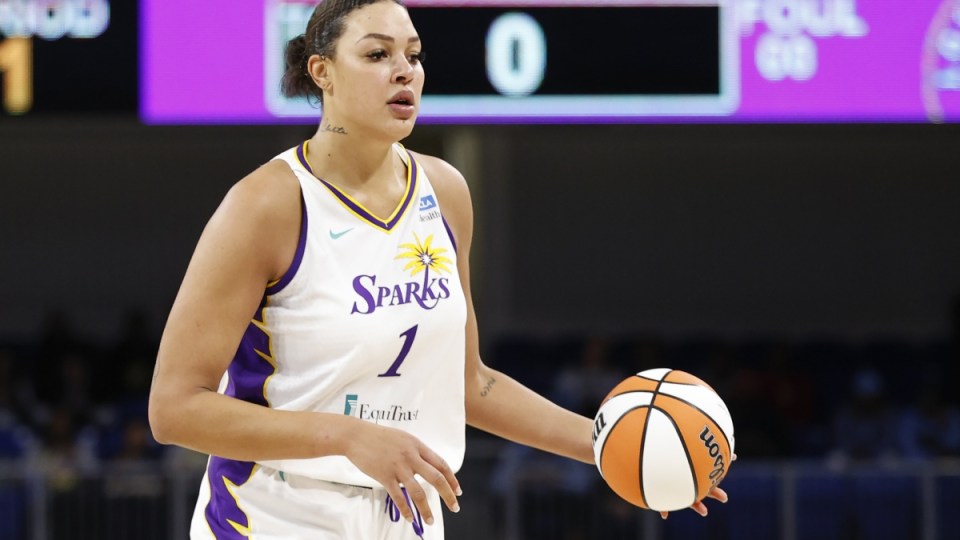 Liz Cambage has denied using a racial slur against her Nigerian opponents in the pre-Olympics practice match that sparked her messy exit from the Australian Opals program.

Anonymous Nigerian players said Cambage had called them “monkeys” in a heated verbal and physical stoush in last July’s warm-up game that was ultimately abandoned.

“That’s what I recall, the term monkeys, yes. And go back to where you came from,” one Nigerian player told News Corp.

“She definitely did use monkeys or monkey.”

Another Nigerian player said: “She did say, ‘control your monkey’ or something like that.”

The 30-year-old Cambage said via social media that she was “disappointed and hurt”, rejecting the report of the incident as “inaccurate and misleading”.

“I did not use the racial slur towards the Nigerian team that has been circulating,” Cambage posted on Instagram.

The tension was sparked when Cambage elbowed Nigeria’s Victoria Macaulay so hard she left a gash in her neck.

It prompted a physical retaliation, before Cambage unleashed verbally.

“After I unintentionally fouled a Nigerian player on court I was then physically assaulted by this player on the sideline of my bench,” she said.

“I was hit in the face and pushed to the ground, but I walked away.”

Cambage said she had wanted to sit out the game because of mental and physical health concerns and also noted professional referees weren’t used in the scrimmage.

“This is not an excuse or justification to the events that unfolded or my actions, however, I feel that a full picture of the environment that led to this outcome must be shared,” she said.

“I have taken responsibility and accountability for my involvement in what occurred.

“I genuinely apologised to the Nigerian team and I once again, am sorry that these events are being rehashed.”

Cambage was independently investigated and issued a formal reprimand – but not suspended or fined – after the altercation derailed the Opals’ Tokyo Olympics campaign.

The report also alleged before the match, Cambage, whose father is Nigerian, had told a Nigeria player she wished she was playing for them because her Australian teammates were racists.

It comes three weeks after retired Opals great Jenna O’Hea confirmed to the ABC claims Cambage had told Nigerian players to “go back to your third-world country”.

In the days after the Nigeria clash, Cambage withdrew from the Games citing mental health concerns.

Cambage, who plays for Los Angeles Sparks in the WNBA, said she would never again play for Australia.