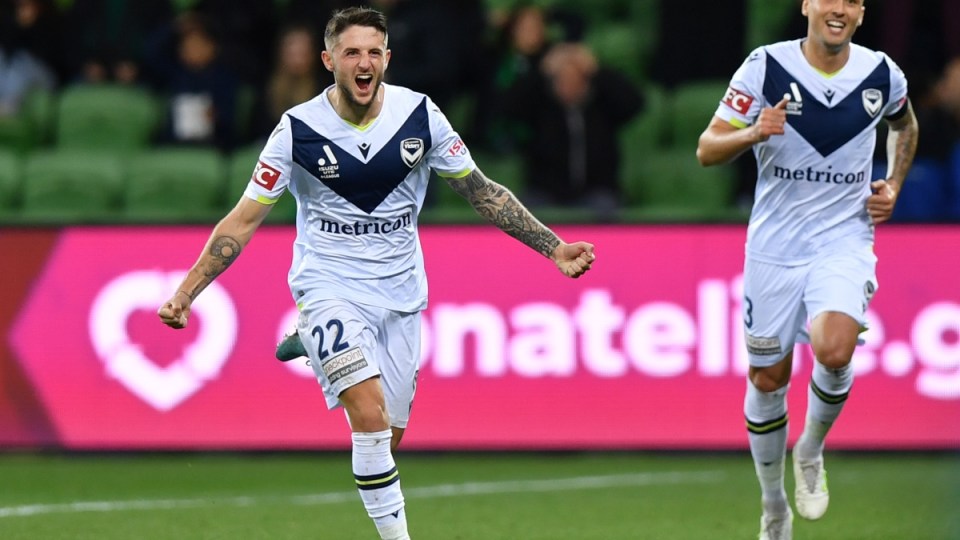 It’s the third time a Victory player has won the prize after Carlos Hernandez (2010) and Marco Rojas (2013).

In his second season with Victory following a move from Perth Glory, Brimmer scored seven goals as new coach Tony Popovic guided the team to a second-place finish.

For the club’s dramatic transformation under him, Popovic was named men’s coach of the year with Newcastle’s Angus Thurgate announced as young men’s player of the year.

Ben Garuccio with an absolutely audacious scorpion kick to seal it for @wufcofficial! #WUNvWSW pic.twitter.com/Hd9VWPsWlL

The English striker, who scored 13 goals in 14 games for the Reds, tallied 18 votes to Gorry’s 17 as the Matildas’ midfielder made a successful comeback to the game after taking time out for the birth of her daughter Harper.

The safest hands in the @IsuzuUTE A-League 🧤

Congratulations to @CCMariners' Mark Birighitti on taking out the 'Goalkeeper of the Year'!

McNamara was named young player of the year while Sydney’s Rachel Lowe won goal of the year.

Your 2022 Young Player of the Year!@MelbourneCity's Holly McNamara 👏

Adelaide’s Adrian Stenta was named women’s coach of the year after guiding the Reds to their maiden finals campaign.