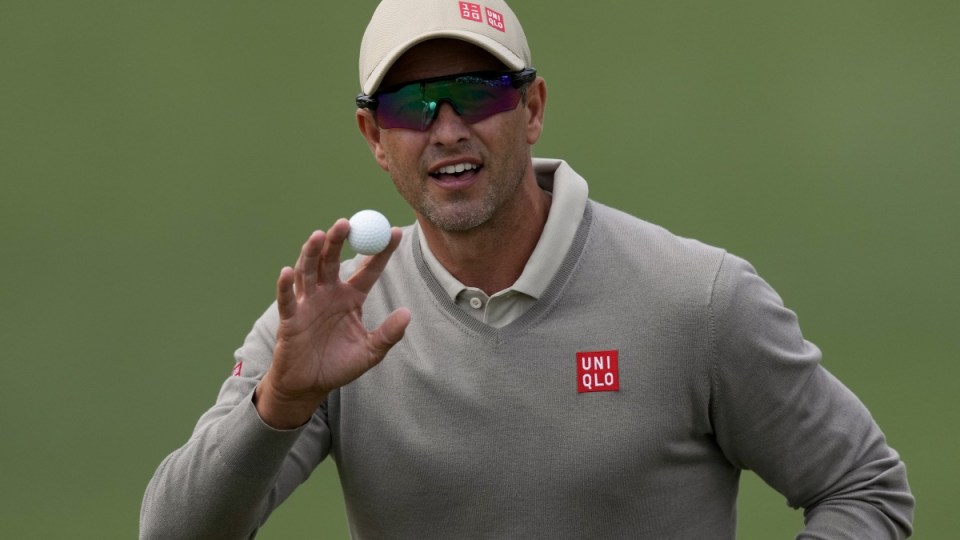 Adam Scott is one of seven Australians contesting next month's US Open in Massachusetts. Photo: AP

Adam Scott is among five Australians who have been added to next month’s US Open field, with Victorian golfer Todd Sinnott set for his first start.

The seven-strong Australian contingent at The Country Club in Brookline, Massachusetts from June 16-19 will be led by world No.3 Cameron Smith, who was exempt by virtue of qualifying for the 2021 Tour Championship.

Scott, Marc Leishman, Min Woo Lee and Lucas Hebert were confirmed starters overnight courtesy of being inside the top-60 world ranking cut-off, while Sinnott clinched one of three spots on offer in qualifying in Japan.

Nearly 7,000 miles from The Country Club in Chiba Prefecture, the first three players earned their spots in the 2022 #USOpen via final qualifying.

Ranked 415, it will be Sinnott’s first career PGA Tour start but he will take good form into the tournament after winning TPS (The Players Series) Victoria in February.

Sinnott also won the 2017 Leopalace21 Myanmar Open, co-sanctioned by the Asian Tour and Japan Golf Tour before a serious back injury stalled his career.

Qualifying continued in the US overnight with Aaron Baddeley (71-66), Cameron John (74-65) and Matt Jones (72-WD) teeing up in Texas but all failing to secure a place.

Nine further final qualifiers will be held in the US and Canada on June 6 while any players who break into the top 60 rankings as of Monday (June 6), will also be exempt into the field.

Seven Australian starters to tee up in US Open golf