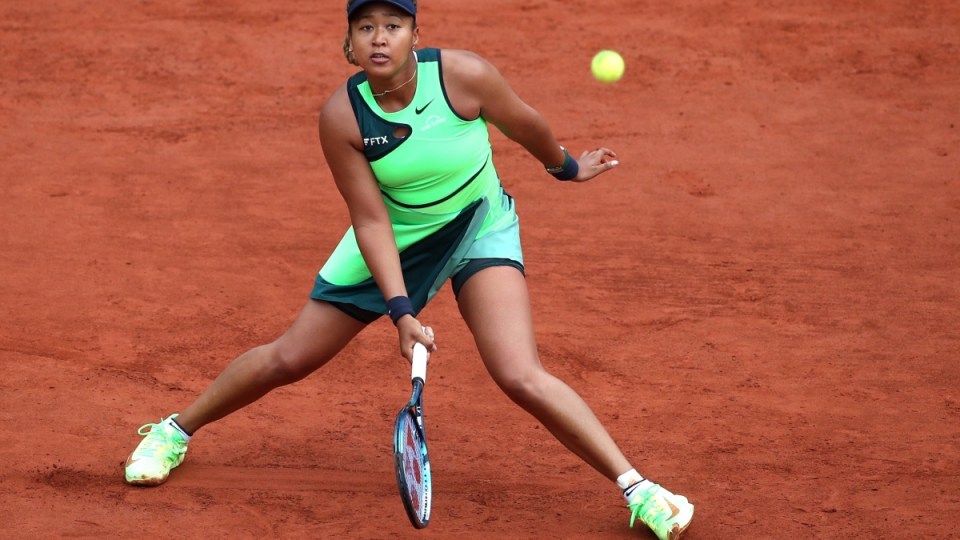 Naomi Osaka has said she may not play at Wimbledon as there are no ranking points at stake. Photo: EPA

Four-time grand slam champion Naomi Osaka has said she may not play at Wimbledon as the sport’s authorities stripped the tournament of ranking points had reduced her motivation to play.

However, world No.1 Iga Swiatek said she would take part while the Pole’s Ukrainian opponent backed Wimbledon’s decision to exclude players from Russia and Belarus because of Russia’s invasion of Ukraine.

That led the men’s ATP and women’s WTA to remove Wimbledon’s ranking status and Osaka said: “I would say the decision is kind of affecting my mentality going into grass, like I’m not 100 per cent sure if I’m going to go there.”

Speaking said after her first-round defeat at the French Open on Monday, Osaka added: “I would love to go just to get some experience on the grass court, but like at the same time, for me, it’s kind of like – I don’t want to say pointless, no pun intended, but I’m the type of player that gets motivated by … seeing my ranking go up.”

Osaka, currently world No.38, has a poor record at Wimbledon.

Swiatek implored the tennis governing bodies to come together to find a solution to the “tricky situation”.

“I feel like it’s a pretty tricky situation, and every solution is going to be somehow the wrong one for some part of people or players,” she said after an easy first-round win at Roland Garros.

“I just hope that the people that are responsible for making the decisions, they are all going to come together so our sport is going to be united, because for now, I feel like it’s not united. We feel that in the locker room, so it’s pretty hard.”

Swiatek expressed some sympathy for Russian and Belarusian players.

“I also know that all the Russian and Belarusian players are not responsible in what’s going on in their country,” she said.

“But on the other hand, the sport has been used in politics and we are kind of public personas and we have some impact on people.”

“We see a lot of sports, they banned Russians. In tennis it’s only one tournament,” she said.

“I honestly think that this is not a very big price for them (Russians and Belarusians) to pay or to accept.”

Tsurenko thanked Swiatek for wearing a Ukraine pin, but said more players needed to speak out.

“I hate what Russian propaganda is saying about Ukraine in general. I really hate it. I feel a lot of anger because there is a lot of lies about my country and it hurts me a lot,” Tsurenko said.

“I don’t know if I can ask players to care more, but I would like to see that from the players, from the WTA, from the ATP, I would like top players just to support more and to show more understanding of what is really going on.”

The 32-year-old Tsurenko, a qualifier in Paris, added she was desperate not to play Russians or Belarusian’s on the tour.

“It’s painful, I’ll be honest. It’s very painful and I’m always hoping not to get them in my draw.”