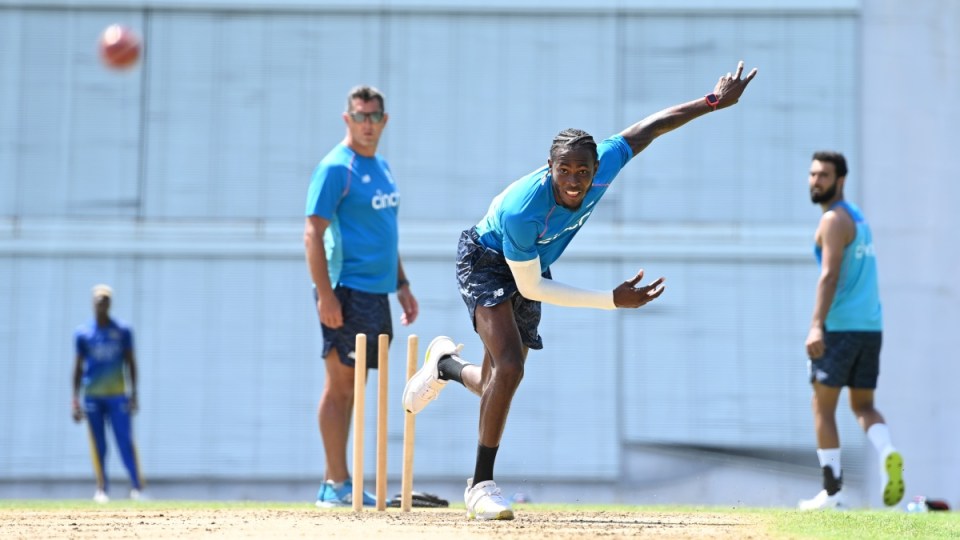 England bowler Jofra Archer has suffered another major injury setback and is facing an indefinite layoff after a stress fracture of the lower back.

World Cup winner Archer has been sidelined for over a year by a persistent elbow problem that has required two operations but was targeting a comeback for Sussex in the Vitality Blast later this month.

There were hopes that he could play some Twenty20 cricket for England before the end of the season but things have taken a sharp turn for the worse.

The England and Wales Cricket Board (ECB) has confirmed the 27-year-old seamer has sustained another worrying injury that is likely to increase existing question marks over his international future.

BREAKING: Jofra Archer has been ruled out of the 2022 English summer after being diagnosed with a stress fracture to the lower back pic.twitter.com/vTbTyN7wfu

“After being diagnosed with a stress fracture to the lower back, England and Sussex seamer Jofra Archer has been ruled out for the rest of the season,” a statement from the ECB read.

“No time frame has been set for his return. A management plan will be determined following further specialist opinion over the coming days.”

He is the third England bowler to be diagnosed with a stress fracture in the past week, with Saqib Mahmood and Matthew Fisher both receiving similar news.

The Barbados-born quick enjoyed a sensational start to his England career after becoming eligible in 2019, immediately assuming a central role in the one-day team’s victorious World Cup campaign and delivering the tense Super Over that sealed the trophy.

He then proved his credentials with the red ball, making an unforgettable Test debut at Lord’s in the Ashes.

During that match he bowled a fearsome, hostile spell against Steve Smith that saw the former Australia captain become the first player to be substituted under concussion protocols.

But he has managed just 12 more Test appearances since then, with his elbow problems repeatedly forcing him out of contention.

England initially tried to treat the joint with injections but eventually conceded that surgery would be necessary.

He missed a T20 World Cup and an Ashes tour this winter, but was optimistic that the worst was behind him.