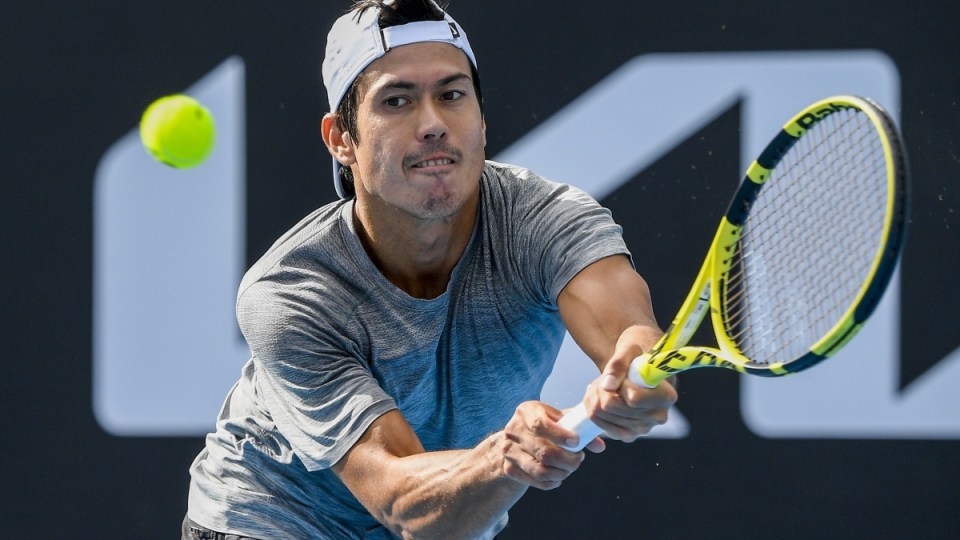 Australia's Jason Kubler has made it into the French Open main draw on his 29th birthday. Photo: AP

Queenslander Jason Kubler has earned himself the perfect 29th birthday present by battling into his first main draw appearance at the French Open.

Kubler, the one-time Australian junior star whose career has been beset by injury woes, defeated Portugal’s Pedro Sousa 7-5 6-2 in the third and final qualifying round in Paris on Thursday to book his place in the clay-court grand slam.

Kubler, who’s enjoyed an impressive renaissance in 2022, was the only Australian man to make it through the qualifying tournament at Roland Garros.

But he could be joined by compatriot Seone Mendez, who’s never been in any grand slam women’s main draw but will have a shot in Friday’s third-round match against Canadian Rebecca Marino.

Congratulations to Jason Kubler on qualifying at #RolandGarros #GoAussieshttps://t.co/Lzbjnwd318

Kubler had come back from the brink on Wednesday at Roland Garros to savour one of his biggest wins over the experienced Moldovan Radu Albot in the second round of qualifying.

Kubler, whose revival this year began with him reaching the Australian Open mixed doubles final with Jaimee Fourlis, dominated the first-to-10-points super tiebreak, which has been introduced to conclude all matches which are locked at 6-6 in a final set.

Kubler, whose ranking has gone back up to 161 after also winning a couple of minor ITF events in Canberra on clay earlier this year, had fewer problems against Sousa, who’s ranked No.287, before reaching his first overseas grand slam main draw for four years.

He broke Sousa five times in all before finally wrapping up his victory in one hour 20 minutes after the Portuguese had shown some belated resistance by saving four match points.

Thrilled for Jason Kubler, who qualifies for his first #FrenchOpen with a 7-5 6-2 defeat of Portuguese veteran Pedro Sousa.

Mendez, the 23-year-old daughter of former Socceroos international Gabriel ‘ChiChi’ Mendez, will start as outsider in her third-round qualifying date with the ninth qualifying seed Marino.

The Sydneysider is more than 100 places behind the Canadian world No.116 Marino in the rankings.

She and Kubler were the only two of the 12 Australians who entered qualifying to make it to the last round.