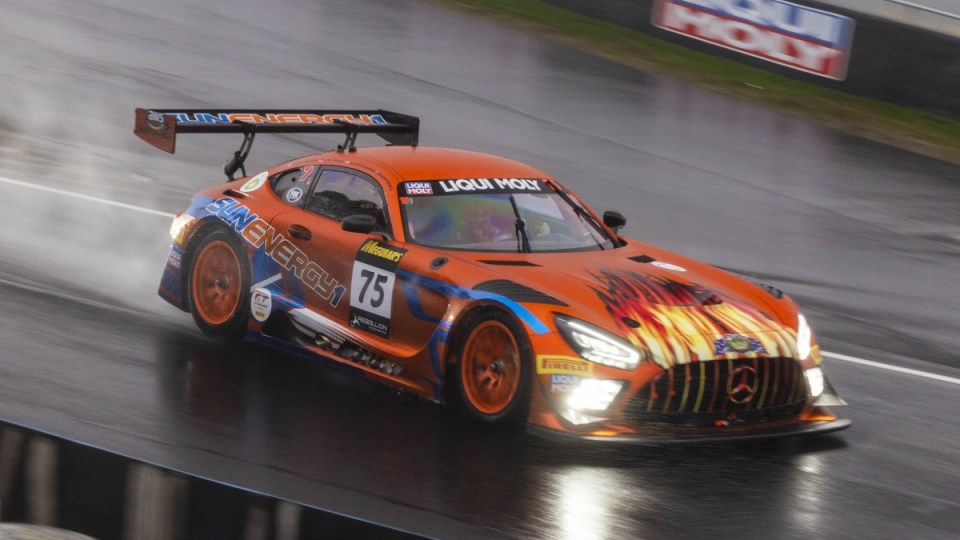 The Red Bull Ampol Racing pair and the son of the Sultan of Johor, in a Triple Eight Race Engineering entry, secured the first 1-2-3 finish for a single brand on the event’s overall podium, with France’s Jules Gounon and SunEnergy1 Racing taking out the race at Mount Panorama.

It’s Gounon’s second straight Bathurst 12 Hour triumph and came after he started from third when Sunday’s race began in dark and foggy conditions at 5.15am (AEST).

Hong Kong-based Craft Bamboo finished second despite starting at the back of the grid after an engine change forced the team to miss qualifying on Saturday.

It’s the third time Van Gisbergen has been on the podium at the 12 Hour, having won the race in 2016 and finishing third in 2020.

Feeney and Prince Ibrahim had never been on a Bathurst 12 Hour podium.

There was less luck for reigning Bathurst 1000 champion Chaz Mostert, who started on pole position but failed to finish.

Foggy conditions at the start of the race forced the safety car to be called twice, with Mostert and fellow Bathurst 1000 winner David Reynolds both slamming the decision to start the race in the inclement conditions.

“That’s one of the most ridiculous things I’ve ever done in a car,” Mostert said after his opening stint.

“You can’t see apexes, you can’t see walls, and it’s worse when you’re out front … you don’t have a guy to follow.

“To be honest we shouldn’t have started, I don’t think.”

Reynolds, driving one of seven Audi entries, also felt the start should have been delayed.

“When fog is that thick you can’t see where you are going,” Reynolds said.

Four different entries all found the wall as rain fell and just 11 cars were classified at the race finish, eclipsing the previous low of 18 from 2012.