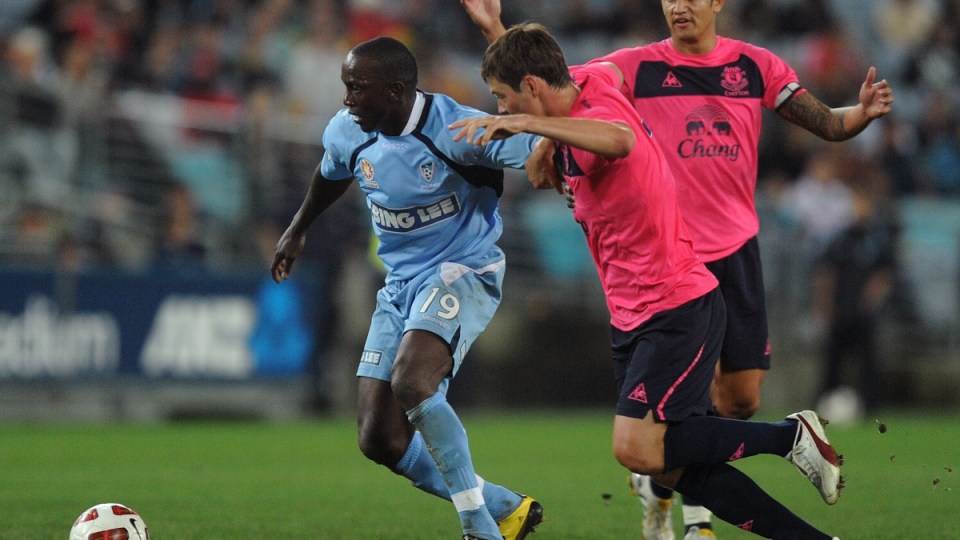 Dwight Yorke will be Macarthur FC's new head coach after signing on for the next two ALM seasons. Photo: AAP

Yorke has signed a deal to lead the Bulls for the next two ALM seasons in what will be the ex-Trinidad and Tobago international’s first senior coaching role.

He’ll replace Ante Milicic, who has stepped down after two seasons as the Bulls’ foundation coach to move to Croatia for family reasons.

Yorke is no stranger to Australian football having been Sydney FC’s marquee player in the inaugural ALM season in 2005-06, as the Sky Blues went on to win the first ALM grand final.

We are excited to confirm our new head coach is Dwight Yorke! 👏#WeAreTheBulls pic.twitter.com/TvgO89bhge

“Having played in the inaugural A-League Men’s season I have continually followed the competition and am aware of both the footballing and fan demands in Australia,” Yorke said.

“I look forward to adding a positive contribution and improve the game at all levels, however of course my primary focus will be with the Bulls, to deliver them success and a style of football that defined me as a player.”

Yorke scored 123 goals in the English Premier League during his playing career and was part of the United team that claimed the 1999 European Champions League title.

As well as playing for the Red Devils, Yorke had stints at Aston Villa, Blackburn, Birmingham City and Sunderland.

“As a young club, the appointment of Dwight is synonymous with our evolution.”

After reaching finals in their inaugural season in 2020-21, the Bulls missed out on playoffs this season, finishing seventh on the ladder.

Yorke will also coach the A-League All Stars in a friendly against Spanish giants Barcelona at Sydney’s Accor Stadium on May 25.