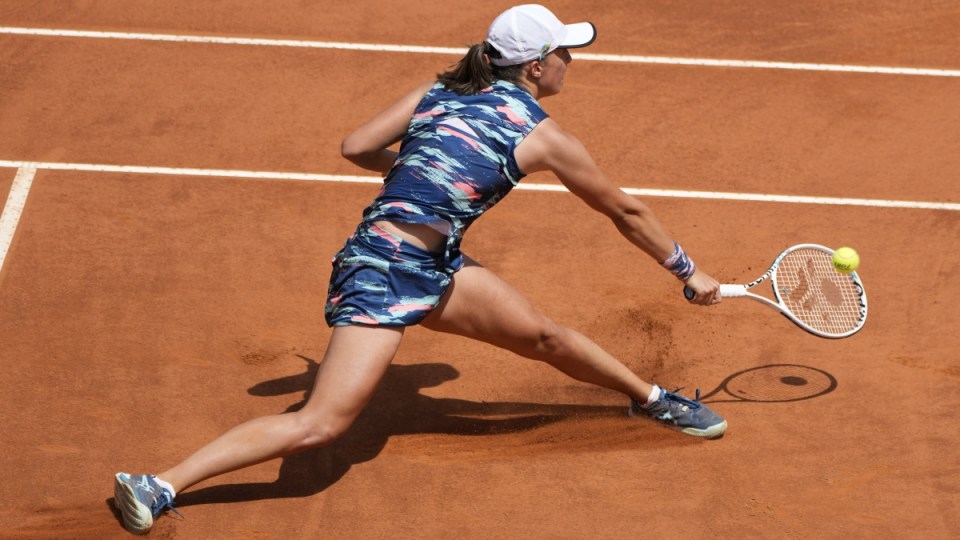 Iga Swiatek will enter the French Open on a stunning hot streak, having beaten Ons Jabeur 6-2 6-2 to defend her Italian Open title on Sunday and extend her winning streak to 28 matches.

The top-ranked Swiatek was a surprise champion at the French Open in 2020 when she was ranked No.54.

Now the 20-year-old Polish star is the favourite to add a second title at Roland Garros when the year’s second grand slam tournament starts next Sunday.

Swiatek has won five straight titles during her run.

Just another day in the office for @iga_swiatek 🤙 pic.twitter.com/nMghCKIuMn

Jabeur was on a streak of her own with 11 consecutive wins entering the final after her Madrid Open triumph last week, but the Tunisian’s crafty game of drop shots and spins proved no match for Swiatek’s swift movement and accurate groundstrokes.

Wearing a ribbon attached to her cap in the colours of Ukraine’s flag, Swiatek took control from the start, breaking Jabeur’s serve in the second game with a mix of finesse and power.

Swiatek won one point in that second game with a forehand lob winner after drawing Jabeur forward with a well-placed drop shot, then on her first break point she took a huge swipe at a second serve that Jabeur couldn’t control.

Swiatek also kept her composure when she saved four break points at a crucial stage late in the second set, sliding in to reach a drop shot then responding with a splendid backhand volley drop winner on the final break point.

The last player to win more consecutive matches was Serena Williams, who put together run of 34 straight ending in 2013.

The all-time longest streak belongs to Martina Navratilova, who had a run of 74 matches in 1984.