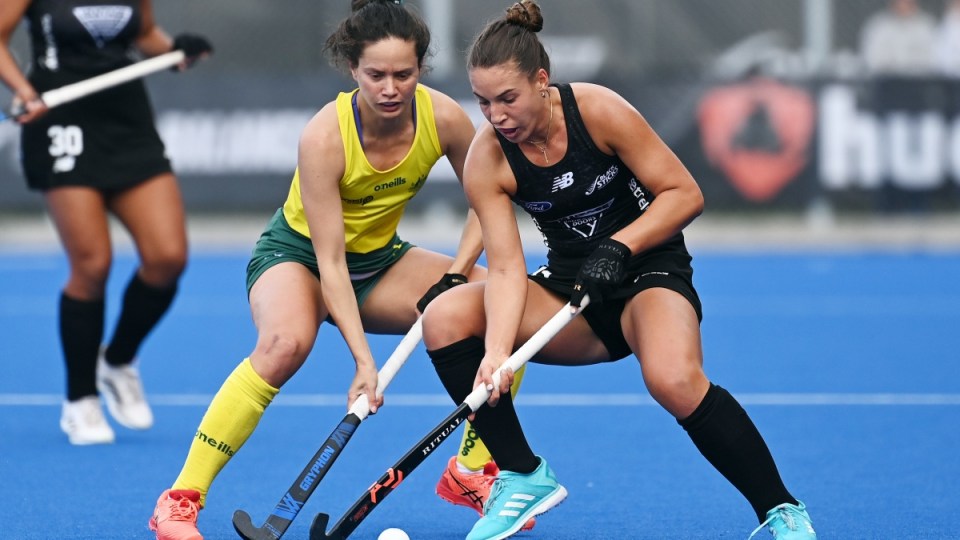 The Hockeyroos have won the 2022 trans-Tasman Series after an impressive 2-1 win over New Zealand. Photo: AAP

The new-look Hockeyroos have made a successful return to international hockey after securing a 2-0 series victory over trans-Tasman rivals New Zealand in Auckland.

The world No.2 Hockeyroos entered Sunday’s fourth and final match in the box seat after posting a win and two draws earlier in the week.

But the series was on edge after Black Sticks captain Megan Hull scored against the run of play in the 14th minute on Sunday.

Goals from Rebecca Greiner and Brooke Peris lifted the Hockeyroos to a 2-1 victory, ensuring the Australian women’s hockey team came up trumps in their first international series since last year’s Tokyo Olympics.

FT | We win the fourth and final match…and the Trans-Tasman Series!

Goals from Rebecca Greiner & Brooke Peris see us head home from Auckland with a 2-0 series win. Lots to get excited about with where this Hockeyroos group is heading. #NZLvAUS pic.twitter.com/JivUDCdnxG

The Hockeyroos’ intent to wrap the series up was clear from the outset on Sunday.

Hannah Cullum-Sanders narrowly missed getting on the end of a searching Shanea Tonkin pass from close range, and the Hockeyroos had four penalty corners inside the opening four minutes.

Hull’s goal threw the contest wide open as world No.6 New Zealand eyed an upset, but the Hockeyroos managed to equalise in the 23rd minute courtesy of some strong build-up play.

Courtney Schonell, making her first appearance in the series, did well to hold the ball up in the circle before sending it across to a dangerous spot for Greiner, who managed to get a crucial touch that saw the ball trickle underneath goalkeeper Brooke Roberts and over the goal line.

Then four minutes into the third quarter the Hockeyroos were in front when a sublime Steph Kershaw pass found Peris at full pace and behind the Black Sticks defence.

With just substitute goalkeeper Grace O’Hanlon to beat in goal, Peris converted the chance with aplomb, knocking her shot on the reverse superbly over the encroaching keeper to score her third goal of the series.

The series win will give the Hockeyroos a confidence boost ahead of the Women’s World Cup and the Commonwealth Games.

The men’s four-match Trans-Tasman Series between the Kookaburras and Black Sticks begins on May 31.