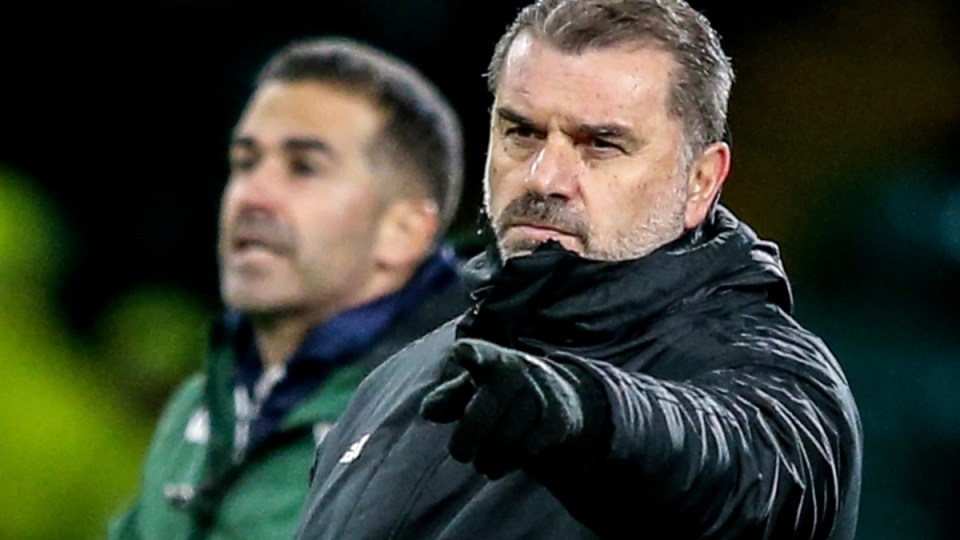 Ange Postecoglou insisted Celtic’s success was built on “sheer hard work” as he reflected on his side’s Scottish Premiership triumph.

The Hoops had clinched the title on Wednesday with a 1-1 draw at Dundee United and picked up the trophy following their 6-0 thrashing of Motherwell at Parkhead on Saturday.

The former Australia manager, who has also won the League Cup in his first season at Celtic, watched Kyogo Furuhashi and substitute Giorgos Giakoumakis both score twice while David Turnbull and Portuguese winger Jota also netted in the rout.

“There is no secret. I tell the players every day that the magic that happens out there is sheer hard work every day,” Postecoglou said.

🏆 Champions – that’s who we are! 💚🍀 pic.twitter.com/KAH3WTycXE

“Respecting each other, pushing each other and respecting who you work alongside. It is sweat and tears and pushing yourself all the time.

“It is easy to say, but to be willing to do it on a daily basis, it is the only way you can make something special.

“This group have done that. They have been committed to a cause and we wanted to play our football a certain way.

“We have stuck to that and it was our road map to success and it meant that in the early days there was some tough times, especially in Europe.

“We got slapped a couple of times, but we didn’t change our approach and we bore the fruit on Sunday.

“We could have coasted, but we put six past our opponents and played the kind of football that this football club and supporters want to see.”

All the goals from Trophy day as the #cinchPrem Champs hit SIX past Motherwell! 💚📽️ pic.twitter.com/pISbNWIzIM

Captain Callum McGregor also noted the benefits of working hard from the start of the season, even when results initially were inconsistent.

“You always have to go through difficult moments, especially when you are building a team,” the Scotland midfielder said.

“Everyone at the start of the season was giving us two or three years to build a team, but I spoke right at the start and said if we had that mentality within the group we would never achieve anything.

“This club demands success and the reality is that after six weeks we were under pressure.

⁦@CelticFC⁩ just know how to look after their people. A special send off for the Wizard of Oz ⁦@Tom_Rogic⁩,⁩ here’s my chat with him post game for ⁦@10NewsFirst⁩ ⁦@10FootballAU⁩ pic.twitter.com/PaSNDdFP1m

“That tells you what the expectation is and we knew that exactly. The pleasing thing is you could see everybody was hungry to do well and then we just had to fine tune it, build performances and togetherness within the team.

“I saw early on that we had recruited winners, guys who wanted to do well and others who experienced last year and didn’t want it again.

“That drove the standards and everything we do in training and what you saw out there on Sunday was the end product of all that hard work and sacrifice.”