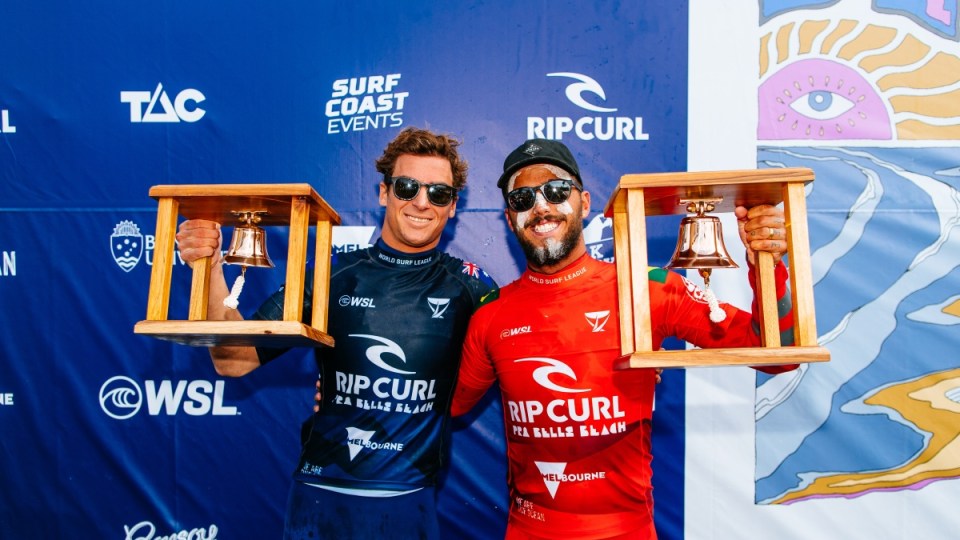 World No.8 Callum Robson has continued his hot form to win the Gold Coast Pro surf event, but there was late heartbreak for Australian teenager Molly Picklum in the women’s final.

Robson, who finished runner-up at Bells Beach last month, triumphed at Snapper Rocks on Wednesday after beating Sheldon Simkus in a hard-fought final.

The two surfers produced a series of stunning rides in the high-quality decider, and it was Robson (16.07) who came up trumps against Simkus (15.37).

“I don’t know how to feel. It was such a big day competing,” said Robson, who took part despite already securing his card for the second half of the WSL Championship Tour campaign..

“My legs were cooked by the end. On one of the waves I fell at the end. It was such a big day. It was an epic comp.”

Picklum endured disappointment earlier this month when she was a victim of the WSL’s new mid-season cut.

The 19-year-old was was ranked 12th in the world after five events, with only the top 10 women progressing to the second half of the season.

Picklum shook off that setback to produce a series of strong showings at Snapper Rocks, with her victims including two-time world champion Tyler Wright.

But her hopes of winning Snapper Rocks were extinguished in the dying moments of the final against 16-year-old American Caitlin Simmers.

Simmers, who beat Sally Fitzgibbons in the semi-finals, needed a 5.45 to snatch the lead, and she set off on a wave with just 35 seconds remaining in the 30-minute final.

Molly Picklum earns top honors of Day 4 with a 9.50 in the Round of 16. @BoostAus
Tune in for Finals Day of the Boost Mobile Gold Coast Pro: 6:30 am AEST pic.twitter.com/hXd6szLZSN

Both surfers reached the shore not knowing who had won, with the judges taking several minutes before awarding Simmers a score of 6.03.

Despite not coming away with the victory, the runner-up result has given Picklum’s hopes of winning back her CT spot in 2023 a major boost.

“I kind of feel like I’m just getting going and just finding my feet,” Picklum said.

“It’s all part of the journey, but it feels like it’s just getting started.”

Australians Julian Wilson and Morgan Cibilic were surprise casualties in the round of 16.