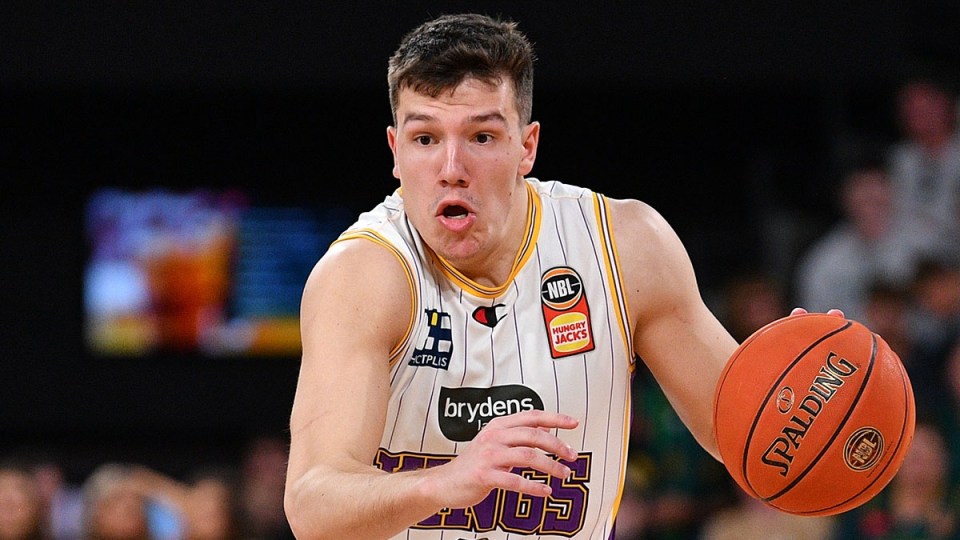 Sydney Kings guard Dejan Vasiljevic says he received death threats in the wake of his match-winning shot against Tasmania JackJumpers in Hobart on Sunday.

The Kings have a 2-0 lead in the best-of-five NBL grand final series after Vasiljevic hit a long-range three-pointer with 10 seconds remaining to seal a 90-86 victory in game two.

There was an ugly post-script to the match when some fans turned to social media to abuse Vasiljevic, with the 25-year-old even receiving death threats.

“There were personal jibes and jabs after the game,” Vasiljevic told SEN.

“There were people sliding into my DMs who were sending death threats.

“That’s the life of a professional athlete. We perform and we are able to just walk away from stuff like that.

“I’ll just delete the message, laugh at it and go about my business.”

VASILJEVIC: BUILT FOR IT 😤

The @SydneyKings needed someone to step up in the absence of Jaylen Adams, and THAT is exactly what @3jvasiljevic did.

Vasiljevic admits he taunted the sold out crowd after hitting the match-winning shot, but former NBA star Andrew Bogut said there was no justification for people sending death threats.

“I probably took it a little too far with the taunting at the end,” Vasiljevic said.

“When fans are starting to talk crap to you and saying personal things to you, you have just got to tell them to be quiet and then enjoy the moment.

“When you take things a little too personal, then that kind of gets on my nerves.”

The @SydneyKings have taken a commanding 2-0 lead. Can the @JackJumpers bounce back in Game 3⃣?

Find out on Wednesday night live and free from 7:30pm AEST on @ESPNAusNZ via @kayosports Freebies 📺 pic.twitter.com/AUsTBK6gpe

The Kings are now one win away from claiming their first title since 2005, with game three to be played in Sydney on Wednesday night.

If the JackJumpers post an upset win in game three, they will host game four in Hobart on Friday.

No team has won an NBL championship after dropping the first two games of the grand final series, with the Cinderella story of the JackJumpers now in grave danger of ending in a sweep.

The Kings are sweating on the fitness of MVP winner Jaylen Adams, who missed game two with a hamstring injury suffered in the game one victory in Sydney.

Sydney Kings coach Chase Buford has been fined for unsportsmanlike behaviour after striking the LED signage with his foot in Game 2 of the Grand Final #NBL22https://t.co/PcUmbPkxBq

Buford was caught by broadcast cameras striking courtside LED signage in an incident that was not spotted by referees at the time.

It comes 12 days after Buford was fined $10,000 after he named a referee he hoped wouldn’t oversee the Kings’ semi-final series against the Illawarra Hawks.