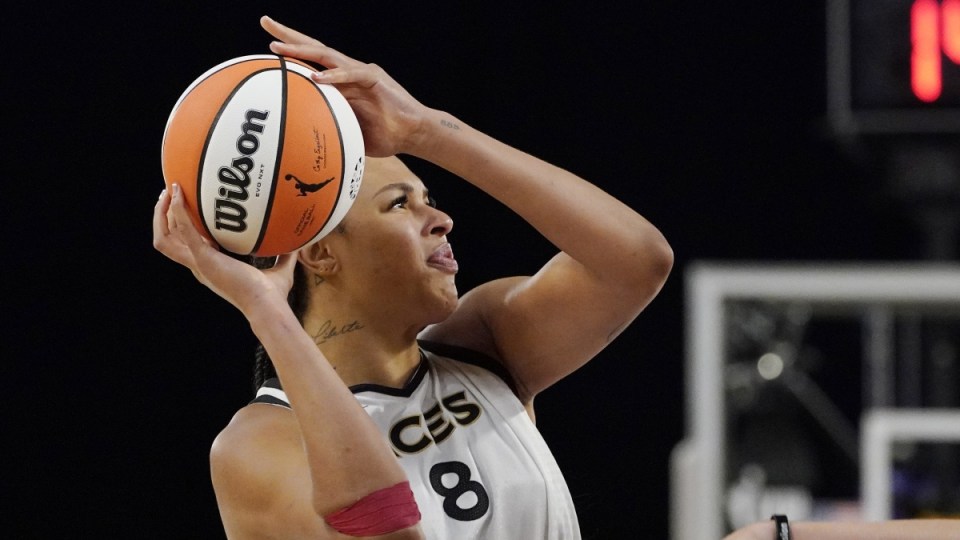 Liz Cambage has issued a cryptic tweet after her alleged comments to Nigerian players were reported. Photo: AP

Liz Cambage says the truth will emerge after her former Australian captain Jenna O’Hea revealed the alleged comments the ex-Opals star made towards the Nigerian women’s basketball team before last year’s Olympics.

O’Hea confirmed claims that Cambage told her Nigerian rivals to “go back to your third-world country” in a practice game incident that contributed to her messy exit from the national program.

Cambage was independently investigated over the incident and issued a formal reprimand – but not suspended or fined – despite the seriousness of the offence.

the truth will always come to light, and it ain’t even dawn yet 😌

However in a cryptic tweet on Monday, Cambage wrote: “the truth will always come to light, and it ain’t even dawn yet”.

Andrew Bogut has told 2GB radio there's even more to the Liz Cambage story than we know. 😳#9WWOS #Basketball pic.twitter.com/uVFQ8NZtsk

Australian basketball great Andrew Bogut, who has had a long-running feud with Cambage on social media, said that what she actually said was worse than reported.

“You’ve just got the PG version, there was much more than that – I’m just glad someone’s come out and said it,” Bogut told radio station 2GB on Monday.

“It was beyond despicable. There’s much more in there that you can’t say on radio … there’s some other words that you can never repeat, that I’d never even say, to be honest with you.”

Despite remaining eligible for selection for this year’s World Cup in Sydney, Cambage has indicated she would never again play for the Opals.

Cambage, who has a Nigerian father and now plays for Los Angeles Sparks in the WNBA, recently told the ABC: “I’m living my best life. I’m supported, I’m protected on a level that the Opals or the Australian team never gave to me.

“My heart lies with those who want to protect me and those who want me to be the best I can be, and I never felt that at the Opals at all. So yeah, I’m good.”