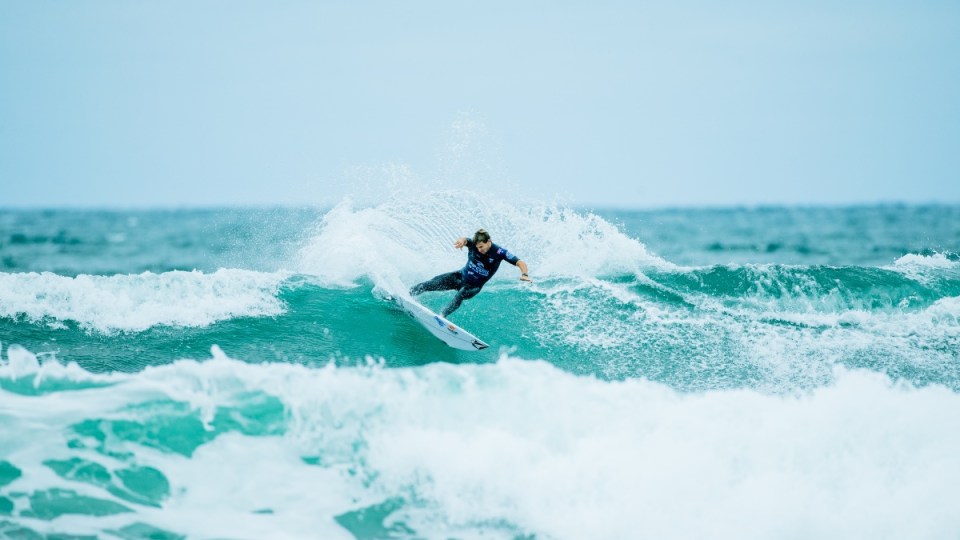 Local favourite Jack Robinson has knocked off John John Florence to win the Margaret River Pro on a day when Owen Wright was eliminated from the World Surf League tour.

Robinson pulled off a late 8.10 ride to defeat fellow Australian Ethan Ewing in the semi-finals.

But he saved his best for last against two-time world champion Florence.

Robinson trailed Florence in the final before changing his fortunes with a spectacular aerial rotation with 14 minutes to go.

That 8.07 ride got Robinson back into the contest, and he backed it up with an 8.17 to snatch the lead with 10 minutes remaining.

Florence, who had posted an incredible two-wave tally of 18.90 in his semi-final win over Matthew McGillivray, went to the air himself in a bid to reel in Robinson.

Robinson won his maiden WSL event in Mexico last year, but winning in front of family and friends in Margaret River took the cake.

“I’m just happy to get the waves and happy to have a fun final with John.”

But the local knowledge of Robinson, who is considered one of the best tube riders in the world, proved crucial in the decider.

The result thrust Robinson to third in the world, while Ewing rocketed to fourth.

Wright thought he had become a victim of the new mid-season cut after losing his third-round heat in huge conditions on Tuesday.

But the Olympic bronze medallist was given a glimmer of hope of sneaking into the top 22 after a series of other results fell his way.

The dream run meant it all came down to McGillivray’s round-of-16 battle with Brazilian Samuel Pupo on Wednesday, with Wright needing the South African to lose.

But McGillivray pulled off a two-wave total of 14.50 to beat Pupo (10.74) and move into the quarter-finals.

Wright was on the shore watching the heat and the disappointment on his face was evident to see when Pupo crashed while attempting an aerial move with just a minute remaining in the contest.

If Wright wants to win back his spot on the Championship Tour he will have to compete on the Challenger Series for the rest of the season and register a number of good results.

Wright will now talk with family before deciding whether to continue or retire.