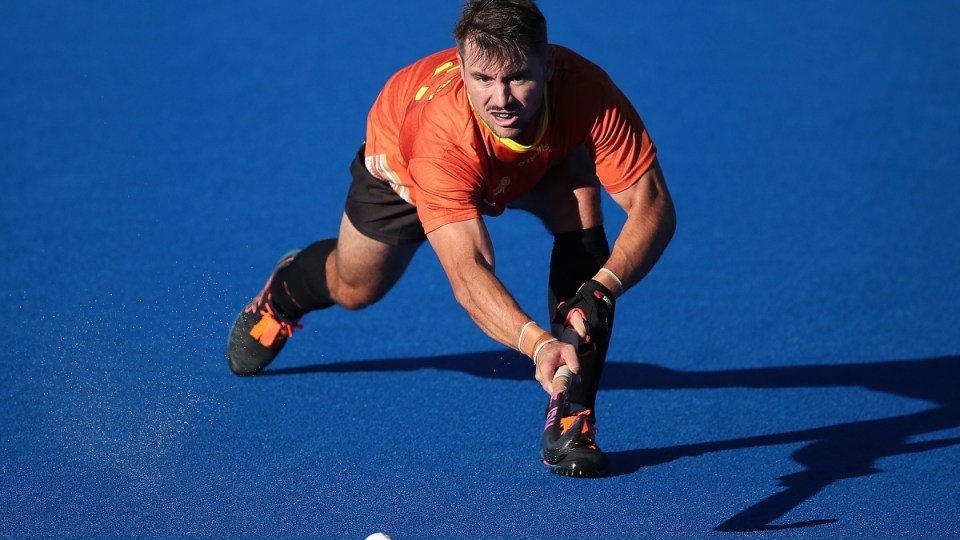 Jeremy Hayward scored a hat-trick for the Kookaburras as Australia beat Malaysia 5-0 in Perth. Photo: AAP

Star Kookaburras forward Jeremy Hayward has scored a hat-trick to help lift the Australian men’s hockey team to a 5-0 win over Malaysia in Perth.

The result gave the Kookaburras a 3-0 lead in the four-match series.

The Tokyo Olympic silver medallists won game one 3-0 before producing a 7-0 romp in game two.

Jeremy Hayward with a hat-trick! pic.twitter.com/bkDvV2gh4o

The Kookaburras were dealt a blow in the lead-up to game three when Blake Govers, who currently sits on 99 international goals, was ruled out after being deemed a close COVID-19 contact.

He will also miss the final match on Thursday.

But his absence was barely felt as the Kookaburras embarked on another goalfest.

Hayward started things in style in the 11th minute when he capitalised on the Kookaburras’ first penalty corner.

The lead was quickly doubled when persistence from Tom Wickham created an opening for Harvie to score unmarked at the back post.

Malaysia goalkeeper Adrian Albert reeled off some fine saves to keep the visitors in the contest.

Hayward’s second and third goals again came courtesy of well executed penalty corners in the space of a five-minute period of the third quarter to effectively put the game out of Malaysia’s reach.

As fatigue started to set in late in the contest, Whetton then sent an unstoppable shot into the top corner as he gathered a full head of steam after a sublime Kookaburras move that started at the opposite end of the pitch.

“Malaysia have some good penalty corner defence. We had 18 penalty corners on Sunday so we had a look at how we could improve that tonight and to score three feels pretty good,” Hayward said after the match.

“Playing three games in a row against the same team is always interesting. We are trying to improve each time and work on our own game and how we can better it.

“Malaysia have definitely improved over the three games and they challenged us today in different ways, so we’ll need to make sure we continue to make progress again on Thursday.”

National Sorry Day is a day to commemorate those taken. But ‘sorry’ is not enough – we need action
Confused diagnosis: Concussion symptoms with no blow to the head
Today's Stories