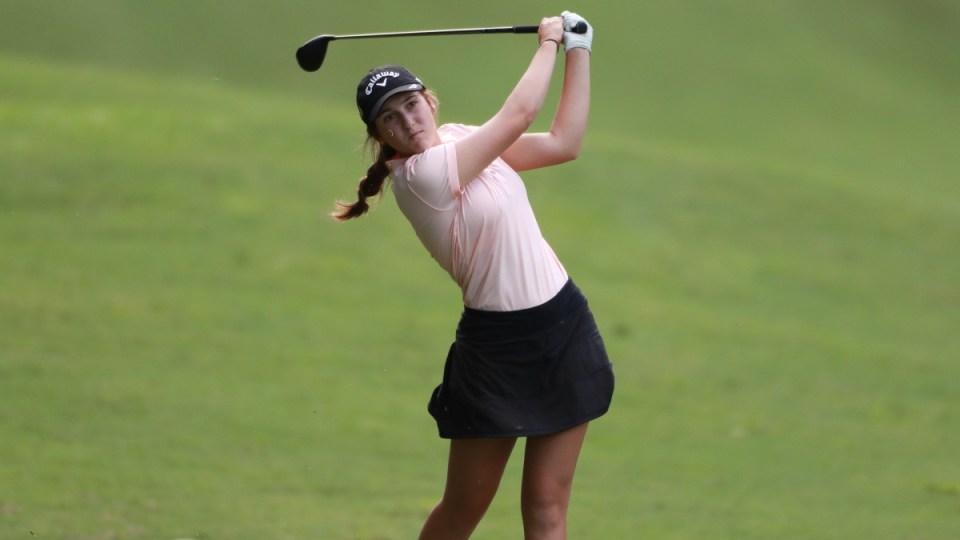 Bank on England’s Meghan MacLaren living up to her vow to return for the rest of her career after winning the Australian Women’s Classic golf tournament.

MacLaren followed her pro-am victory by leading after all three rounds of the weather-reduced Ladies European Tour event, making a birdie on the last hole to win by one shot from Sweden’s Maja Stark on Sunday.

The victory at Bonville on the NSW mid-north coast continued a stunning run of success in the area for the Englishwoman, now a three-time LET winner in the state, who claimed the first of her two NSW Women’s Open titles at nearby Coffs Harbour GC four years ago.

“It is is somewhere I just feel comfortable,” said MacLaren, paying tribute to local golf supporters.

“I felt calm all week and pretty chilled out.

“I am going to keep coming back here for the rest of my career.”

MacLaren shot a closing three-under 69 to win at 10-under 206 while Stark surged home with a 67 to apply plenty of pressure.

The story of the day for local fans was the brilliant performances of young Australian amateurs against the strong field of professionals, with three finishing in the top 10.

They were headed by 15-year-old Gold Coaster Sarah Hammett, who was in the thick of title contention before stumbling with two closing bogeys as she carded a 69.

One shot further back was third Aussie teen Belinda Ji, who eagled the last hole for a scorching 65.

Hammett and Bosio, in particular, both had their chances on the last day to emulate the feat of countrywoman Stephanie Kyriacou, who won the tournament as an 18-year-old amateur in 2020 and has since gone on to the US LPGA Tour via the LET.