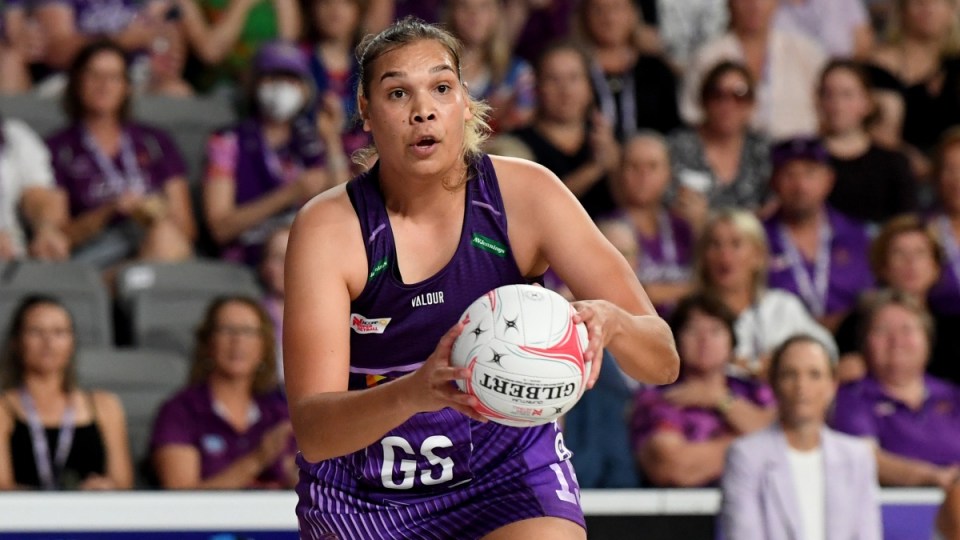 Donnell Wallam has completed her meteoric rise from Super Netball train-on player to Diamond, with the Queensland Firebirds star named in Australia’s 18-player extended squad for the Birmingham Commonwealth Games.

Wallam is the first Indigenous Australian to make the Diamonds since Sharon Finnan-White in 1990 and only the third overall, after Finnan-White and Marcia Ella-Duncan.

The 28-year-old has shot 210 goals from 244 attempts in her first five games for the Firebirds to put herself in prime position to take on the shooter position vacated by Caitlin Bassett’s retirement.

It adds to a remarkable rise for Wallam, who was invited to train with the Firebirds squad in January, then turned in a star performance in the pre-season cup to earn a contract as a replacement for Romelda Aiken-George who is on maternity leave.

Coach Stacey Marinkovich could have selected up to 22 players but opted for an 18-player squad, which will be trimmed to 12 before the Games.

Shooter Kiera Austin, coming back from an ACL injury, and Amy Parmenter join Wallan among the additions.

But Wallan’s Queensland teammate Kim Ravaillion was a surprising omission from the squad, despite her standout start to the season.

“After showing great accuracy and strength at the post during her debut Super Netball season, Donnell Wallam has been selected in the Diamonds squad,” Marinkovich said.

“We have selected 18 athletes and will continue to closely monitor performances throughout the Super Netball season, with the potential to add to the squad throughout the year.

“This squad showcases an incredible breadth of experience and new emerging talent.

“We have our sights firmly set on the 2022 Birmingham Commonwealth Games, and we are also incredibly excited for international netball to return to Australian soil later this year.”

Australia is seeking redemption for its heartbreaking loss to England in the 2018 Commonwealth Games final on the Gold Coast.