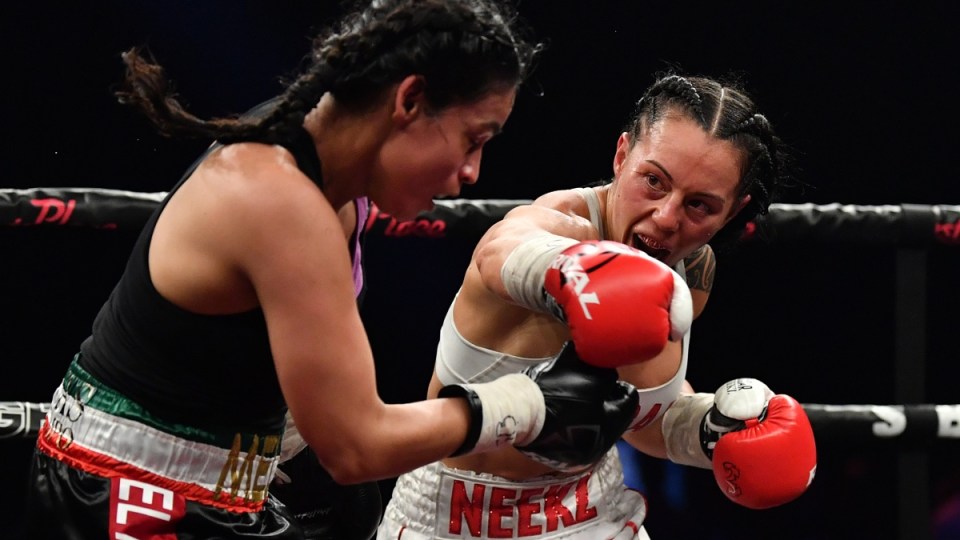 Cherneka Johnson is Australia’s newest world boxing champion after winning by split decision over Mexican Melissa Esquivel in their title fight at the Melbourne Convention Centre on Wednesday night.

Johnson clinched the vacant IBF world super bantamweight title in a 10-round duel on the same card as the middleweight world title eliminator between Michael Zerafa and Issac Hardman.

Johnson’s superior fitness appeared to win out in the end, with her hard-hitting rival hampered by a knee injury.

With a record now at 14-1-0, Johnson used her jab to keep peppering her opponent while also managing to land some heavy blows in a quality fight.

“I stayed on my jabs, stayed on my game plan and I dug deep towards the end there and I’m victorious which is what I came here to do.

“Ebanie Bridges, if you’d like to come up a division (in weight) or I’m happy to come down,” Johnson said.

Johnson now has a (14-1-0) record, her only loss coming last year when she was on the wrong side of a controversial split decision against fellow Australian Shannon O’Connell for the WBA gold bantamweight title.

She said she wanted revenge on O’Connell.