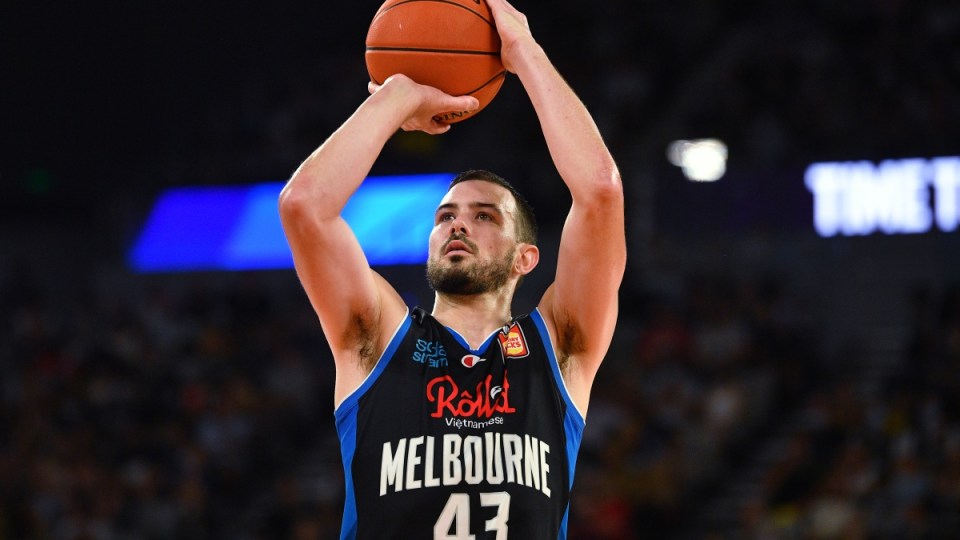 The struggling Taipans threw down the challenge in the early stages of Monday’s clash, but Chris Goulding’s 27 points set the hosts on the path to their fifth win in a row, which improved the leagues best record to 20-7.

United’s healthy percentage lead makes it almost impossible for the second-placed Sydney Kings (18-8) to overtake it in the final round of the regular season, handing Dean Vickerman’s squad home-court advantage in the NBL playoffs.

The win over Cairns meant United becomes the first Melbourne-based team to win back-to-back minor premierships since Victoria Titans in 2001 and 2002.

You're officially looking at the Australian Rookie with the most 3's ever made in a regular season.

“It’s the goal of this club to achieve that and to try and give our fans the most amount of games to come and support us, and really high-level games,” Vickerman said.

United captain Goulding connected on 6-11 three-point attempts and played his part in halting any momentum Cairns built during the second and third quarters, while Matthew Dellavedova provided valuable support with 17 points and five rebounds.

Playing for pride and aiming to snap their three-game losing streak, the visitors made an impressive start as they charged to a 28-19 lead in the second quarter, courtesy of a run of 14 unanswered points.

But Melbourne did not trail for long with Goulding scoring eight quick points on his way to 13 for the term, and Dellavedova closing the first half with a late triple for United to edge ahead 48-39.

Goulding opened the second half with his fourth three-pointer of the game and then added another to end a 10-0 Taipans run as United finally took control of the contest to build a 68-53 lead after three quarters.

Another positive for Cairns was first-year player Bul Kuol setting a new league record for most three-pointers made by an Australian rookie, eclipsing Shane Heal’s mark of 57 set in 1988.

But coach Adam Forde lamented another loss in which his injury-riddled squad could not overcome a strong opponent.

“Taj (McCall) fouls out, that’s pretty much the result.”