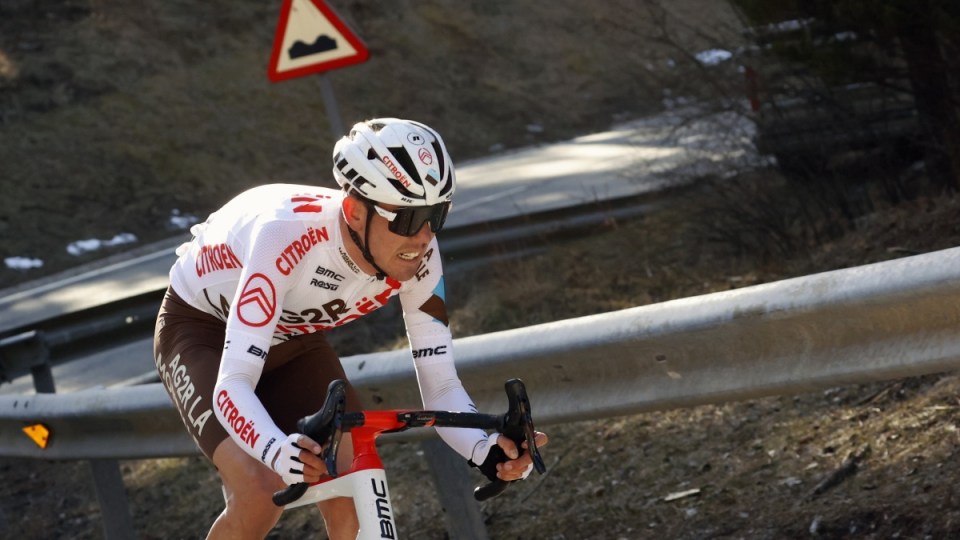 Australian cyclist Ben O'Connor has scored his second win of the season, at the Tour du Jura. Photo: EPA

Australian cycling star Ben O’Connor has scored his second win of the season as he builds up to the Tour de France.

The 26-year-old from Perth won the one-day Tour du Jura, a 169.8-kilometre race from Champagnole to Nozeroy in France’s east.

It comes three weeks after O’Connor won a stage and finished sixth overall in the Tour of Catalunya.

O’Connor had a breakthrough fourth place overall at the Tour de France last year and will again lead the Ag2r team, when the three-week Grand Tour commences in July.

“It feels good in view of the Tour de France, which will be a big challenge,” he said.

Saturday’s win came a day after he finished sixth at the Classic Grand Becancon Doubs.

The Australian outsprinted Spain’s Jesus Herrada (Cofidis) to take out the win.

“I felt really good today. It was fun, really fun. We had decided to do an aggressive race,” he said.

“You had to be concentrated the entire time because there are tons of climbs and descents all day long. It’s a great day for the whole team

“Yesterday I had no legs in the final. But then, everything was fine.

“At the end today, I was nervous with Herrada by my side. I just did the best effort I could.”

O’Connor said his start to the season had not been easy, despite the two wins, having had to pull out during last month’s Paris-Nice stage race because of the flu.

His next race will be the April 26-May 1 Tour de Romandie in Switzerland, a key pre-Tour hitout.