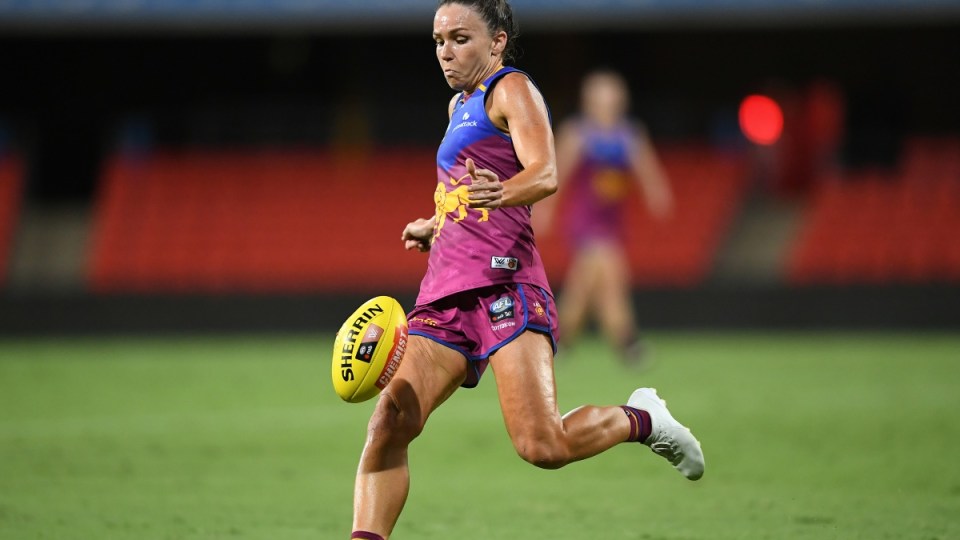 Brisbane star Emily Bates has capped her dominant AFLW season with a hat-trick of the league’s top individual honours.

The night after winning the league’s best and fairest award, the midfielder took out the players’ association MVP honour.

She also won the AFL Coaches’ Association award and is only the second player in the league’s seven-year history, after Adelaide’s Erin Phillips in 2019, to claim the three honours in one season.

Bates polled 286 votes among her peers to win the MVP from North Melbourne’s Ashleigh Riddell, who was second on 256, and Monique Conti of Richmond on 164.

Make that two awards in two nights for Emily Bates!

She has been named the @AFLPlayers Most Valuable Player for 2022 👏#AFLWhttps://t.co/ULPCR7XiB2

“When Emily started in the competition she was already accomplished but perhaps in the shadows of some of the bigger names and Victorian-based midfielders that were in the competition from the get-go,” Lions coach Craig Starcevich said.

“Now that she’s in her mid-20s, had five or so pre-seasons, played 53 games, she’s now got real status in the comp.

“I think the awards that she’s getting this season are now starting to cement her right at the top, which is fantastic for her.”

Emily Bates has tonight been awarded the AFL Players Association MVP Award for 2022.

Voted on by her peers, this award is another huge achievement and amazing recognition from the rest of the competition.

Stinear is the Demons’ only AFLW senior coach and he will lead them into their first grand final on Saturday against the Crows in Adelaide.