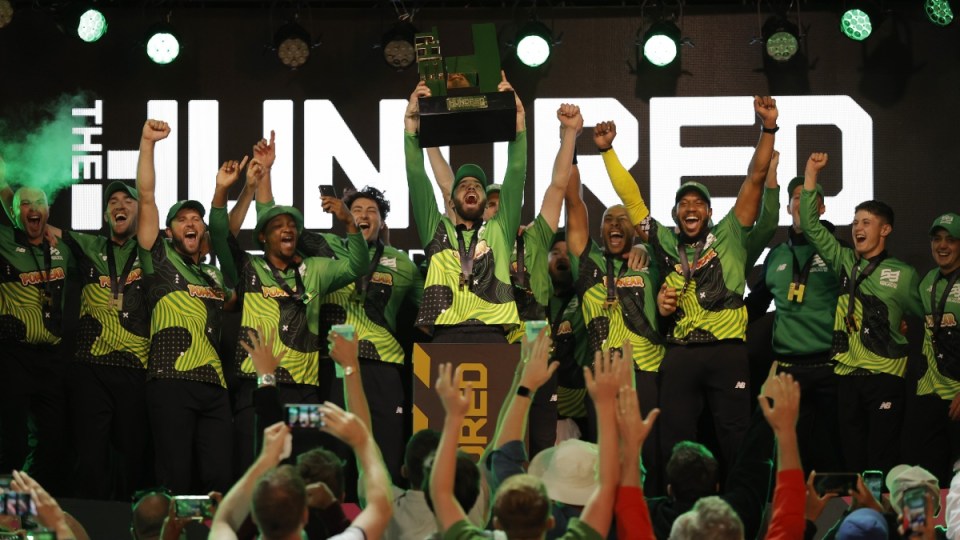 The Hundred competition will attract an array of international talent in 2022. Photo: Getty

Meg Lanning’s stars were in high demand in the women’s draft, with London Spirit swooping for Beth Mooney and Megan Schutt just two days after they helped their country to victory over England in the one-day World Cup final in New Zealand.

The 21-year-old was initially selected by Southern Brave but missed the first edition of the tournament due to the coronavirus pandemic.

England opener Tammy Beaumont made the switch from Spirit to Welsh Fire, where she will be joined by Australian duo Rachael Haynes and Annabel Sutherland, with the former having finished as the second-highest run scorer at the World Cup.

Sanjay Patel, managing director of The Hundred, said: “In the women’s competition we have the best players from across the world taking part including Meg Lanning, Beth Mooney and Sophie Devine, and we are confident we will set a new benchmark for the women’s domestic game.”

In the men’s draft, West Indies all-rounder Kieron Pollard was the first pick and the 34-year-old will join London Spirit after going for the highest possible price of £125,000 ($215,000).

A taste of what's to come this summer! 👀

Daniel Bell-Drummond has made the switch from Birmingham Phoenix to Eoin Morgan’s side, along with Jordan Thompson from Northern Superchargers and they will join the likes of Glenn Maxwell, Zak Crawley and Mark Wood, who have all been retained by Spirit.

Welsh Fire bolstered its batting with the signing of Joe Clarke for £125,000.

“To be second pick in the Hundred Draft is really quite something,” Clarke said.

“I’m honoured that Welsh Fire have chosen me to join their side. I can’t wait to be at Sophia Gardens this summer giving it our all in front of a packed house.

“We’ve got the makings of a great side and we want to be up the top of the table.”

Australian women and men in demand for The Hundred competition