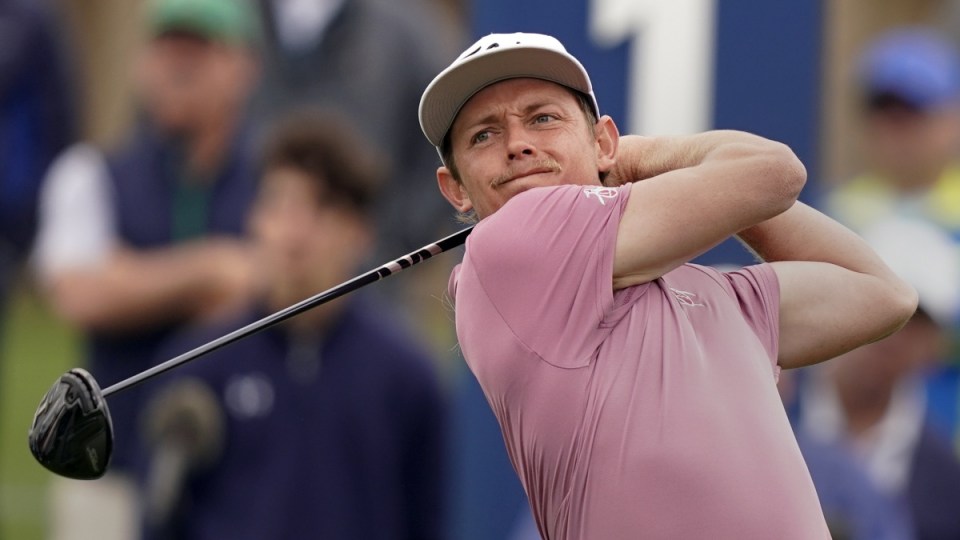 Australia's Cameron Smith is one of the favourites to continue a winning run in the US Masters. Photo: AP

He’s revered for his world-class short game, but it’s the steely temperament that has Cameron Smith’s peers gushing about the Australian’s US Masters prospects.

Smith has arrived at Augusta National brimming with confidence following his record-setting victory at The Players Championship last month.

He could conceivably claim golf’s top ranking with a third win of the year.

So it’s littler wonder that Adam Scott – the only Aussie to have won the Masters – certainly isn’t counting out Smith from joining Australian golf’s most exclusive club.

“He’s got to be one of the favourites,” Scott told AAP.

The 28-year-old Smith is on the third line of betting behind only former world No.1s Jon Rahm and Justin Thomas and ahead of heavyweights like Brooks Koepka, Dustin Johnson, Jordan Spieth, Rory McIlroy, Collin Morikawa and current rankings leader Scottie Scheffler.

That’s quite the billing but no surprise to Scott, who credits the unflappable Smith’s mental toughness as the key to his stunning rise to prominence.

“He’s a fantastic competitor and I’d get behind him if it was all on the line. I think he can get it done. He’s got that look to me.

“And he’s got something about him. He’s not just winning events. He’s setting records along the way.”

The world No.6’s recent victory at TPC Sawgrass featured a record 10 birdies in the final round while he needed only 101 putts in 72 holes, the fewest by any winner in The Players’ 50-year history.

Last year Smith tied the all-time PGA Tour record for fewest putts in a round when he needed just 18 during a second-round 62 at the WGC-FedEx St Jude Invitational.

The Queenslander also boasts an enviable record at Augusta National after becoming the first and only player to shoot all four rounds in the 60s during his runner-up finish to Johnson in 2020.

“He has something special about him,” Scott said.

“And I wouldn’t count him out of anything.”

Scott hopes Smith isn’t the only Australian to contend this week, though.

The 2013 champion and former world No.1 also fancies his own chances of winning a second green jacket while Marc Leishman and debutants Lucas Herbert, Min Woo Lee and Cam Davis round out Australia’s six-strong challenge.