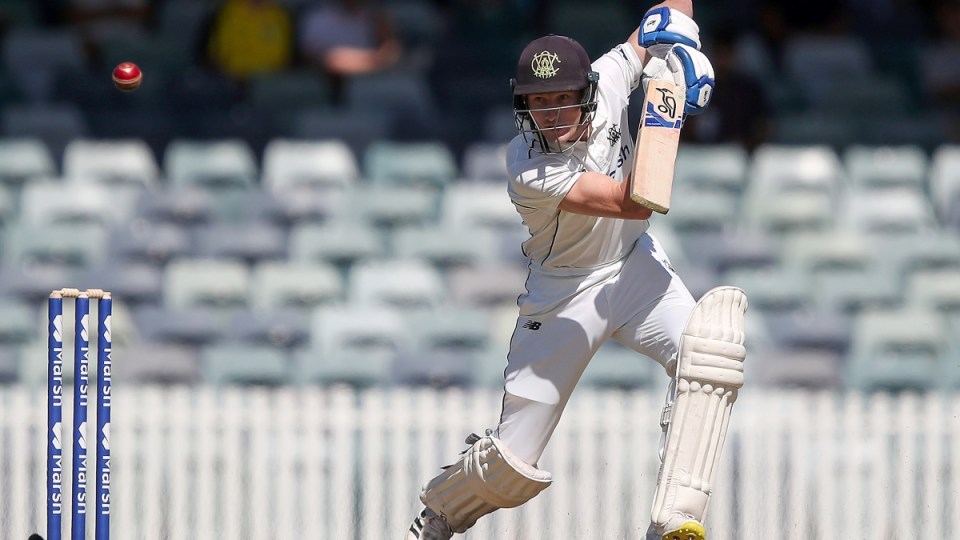 Cameron Bancroft scored 135 not out for WA on the first day of the Shield final against Victoria. Photo: AAP

Western Australia has waited 23 years for a Sheffield Shield final win but it is a big step closer to breaking that drought after the first day of the decider against Victoria.

The hosts completely dominated at the WACA on Thursday to reach 3-290 at stumps, earning valuable bonus points in the process.

Bancroft’s dominant 188-run partnership with fellow opener Sam Whiteman set the tone from the outset after Victoria gambled by sending their opponents into bat.

A second century of the season for Cameron Bancroft! 👏👏 #SheffieldShield pic.twitter.com/MLf8z6EMHX

Known for his sometimes reserved approach to scoring, Bancroft found the boundary with regularity, hitting 16 fours in total, though he only added 41 runs to his tally in the final session.

Whiteman looked on course for a century only to chase the penultimate delivery of the middle session to be caught in the gully off Scott Boland for 85.

Part-time spinner Matt Short (1-21) then lured Shaun Marsh down the track to have the veteran stumped for 12.

Hilton Cartwright helped the home side regain the momentum with 41, before he was dismissed off the second-last ball of the day off by Will Sutherland (1-66).

Breakthrough Test star Boland (1-59) was the pick of the bowlers following his recent return from the Pakistan tour, but there were few chances created by the Victoria attack throughout the day.

“We are in a good position after being put in, so that is pretty pleasing, but still plenty of hard work to come,” said Bancroft.

Western Australia last won the Shield in 1999 and last hosted a final a year before that.

WA thumped Victoria by an innings at the WACA in the final round of this season only last weekend.

“The wicket was a little bit different to last week – it probably looked similar – so it was nice to be able to hit the ball a bit more, while last week you had to be more watchful,” Bancroft said.

The strong scoring rate benefits the home side, with the match to be determined by bonus points in the event of a draw.

“It was a tough day. We didn’t get the ball to shift much,” Victoria bowling coach David Saker said.

“The wicket was a pretty good wicket to bat on, so we may have got the toss wrong, but we will keep persevering.”