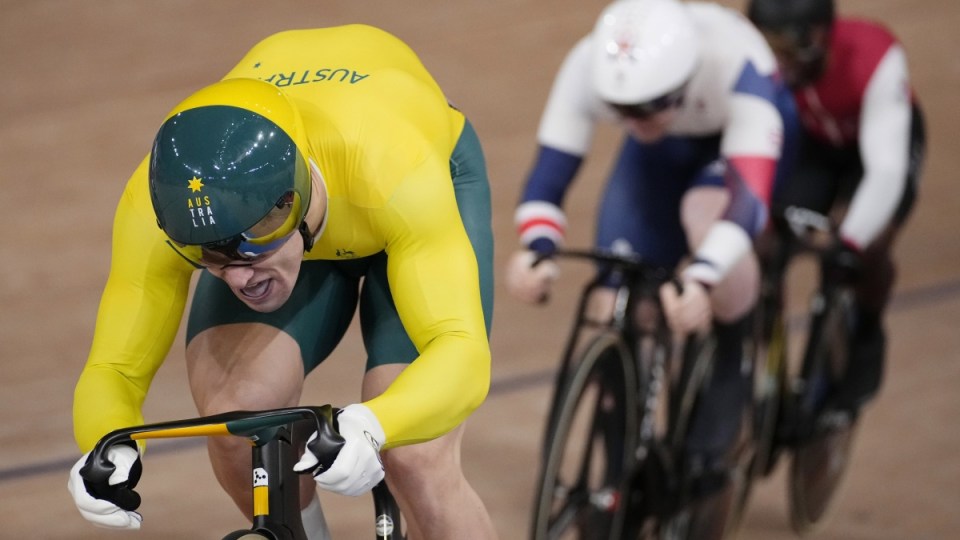 Matthew Glaetzer has reaffirmed his No.1 status in Australian men’s sprinting, taking out the keirin at the national track cycling championships.

It came a day after the triple Olympian also won his fifth match sprint title at the Anna Meares Velodrome in Brisbane.

Glaetzer won his fourth Australian keirin title and his first in the event since 2018.

The 29-year-old covered two moves in the final before launching his own attack on the bell lap that sealed the win.

#TrackNats22 @kjclonan was pushed to the limit en route to winning her third-straight elite women’s sprint national championship on #TrackNats22 Sunday, stating her newest national crown was the toughest of them all.

Read that and more from Day 2 below.https://t.co/dcCSYR1Jjo

Glaetzer had a long break after the Tokyo Olympics and is now building up to this year’s Birmingham Commonwealth Games.

“I’m in a fair bit of workload still. This is really just the first competition that I’m building into the season with so it’s very encouraging to have such strong results very early.”

Likewise, Queenslander Kristina Clonan has two gold medals in the women’s sprint events after claiming the match sprint for the third year in a row.

Clonan had tough races throughout the sprint competition and she beat South Australian Breanna Hargrave two heats to one in the gold medal ride-off.

“It was definitely the hard way … there was a lot of learning to take in,” said Clonan, who has also won the keirin at the nationals.

“This one is definitely different to the other ones, I really had to work for this one, so having Bree there really gave me a run for my money.”