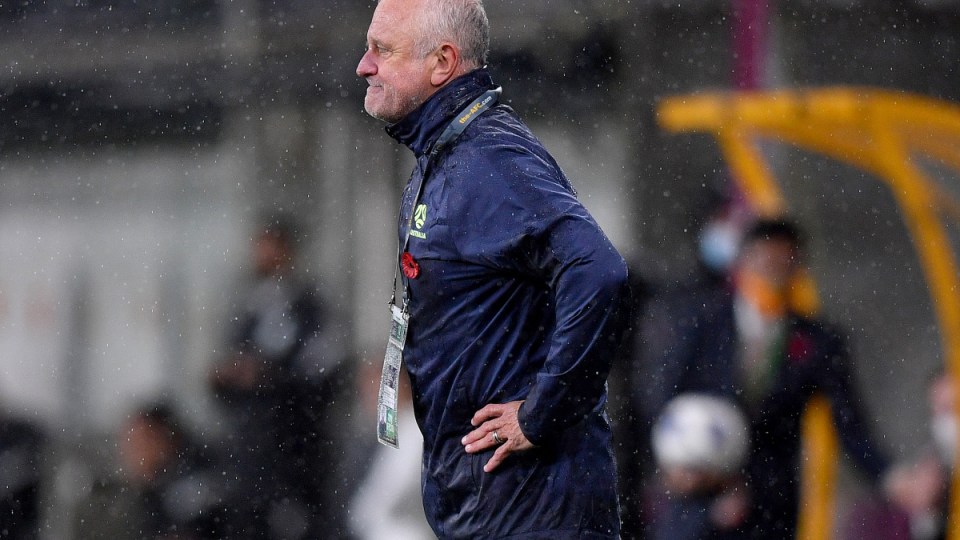 Arnold, who tested positive to COVID-19 last Thursday for the second time in the past eight weeks, acknowledged he breached his isolation terms when taking a walk at Narrabeen Beach on Sunday.

The 58-year-old has been fined $25,000 by FA, with the money to be donated to the Red Cross Flood Relief Fund.

“I sincerely apologise for my error of judgment on Sunday,” Arnold said in a statement.

“I accept that I should not have left my home as per the NSW self-isolation protocols and will remain at my property until my self-isolation window concludes.

“I also accept the sanctions that come because of this error.”

Arnold’s breach is another distraction for the Socceroos’ preparations heading into Thursday’s must-win encounter against the Samurai Blue at Stadium Australia.

To retain any hope of qualifying automatically for this year’s World Cup in Qatar, Australia must defeat second-placed Japan – something the Socceroos haven’t achieved against their Asian rivals since 2009.

Despite the breach, Arnold could still be on the touchline for the game provided he returns a negative result at the completion of his self-isolation period.

“Graham has been diligent throughout COVID however on this occasion he has made an error of judgment, which is clearly disappointing,” FA chief executive James Johnson said.

“We have sought to act as swiftly as possible on this matter today and have imposed a significant fine, which underscores how importantly we value our representatives abiding by government protocols.”

Arnold’s breach comes as his squad – missing several key players due to COVID-19 unavailability or injury – begins to assemble in Sydney.

Craig Goodwin and Jackson Irvine were both ruled out for COVID-19 related reasons on Sunday, joining Aaron Mooy, Adam Taggart and Riley McGree as absentees for the two matches.

Celtic midfielder Tom Rogic is travelling to Australia under an injury cloud after picking up an ankle knock in the Scottish Premiership at the weekend, while attacker Mathew Leckie has been rated as 50-50 to play by Arnold after being picked despite not playing since March 2 due to a groin injury.

The Socceroos are also set to lose Jamie Maclaren for the trip to Saudi Arabia with the star striker to stay in Australia for his wedding.