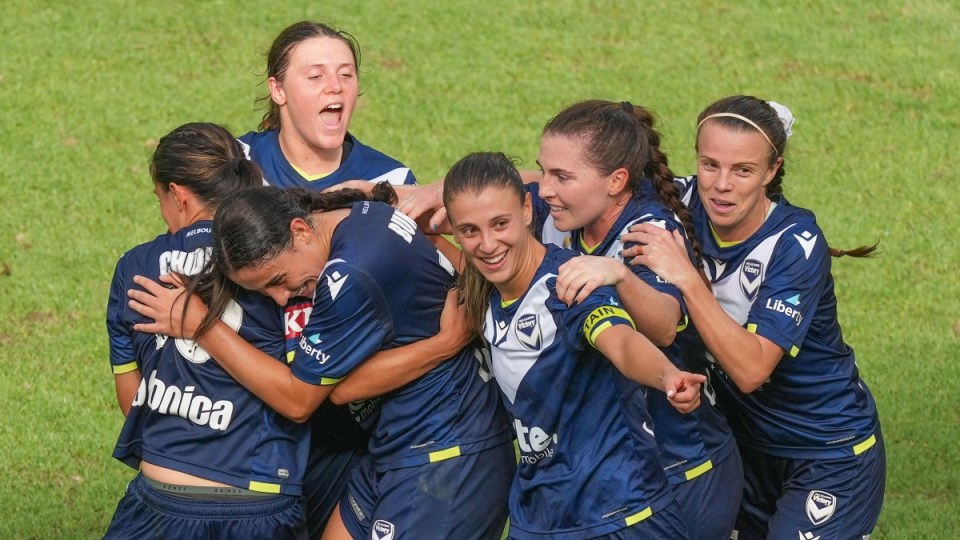 Melbourne Victory will face Sydney FC in a second consecutive A-League Women grand final after beating Melbourne City 3-1 in the preliminary final to keep alive their dreams of back-to-back titles.

Melina Ayres opened the scoring in the 30th minute on Sunday, with Claudia Bunge adding a second just before half-time, before Lia Privitelli rounded out the win in the 53rd minute.

City’s Tori Tumeth headed home in the 80th minute, but it proved only a consolation goal as the resurgent Victory made amends for its humiliating 5-1 Boxing Day derby loss.

Jeff Hopkins’ side was winless in five games before finals and scraped into the top four on goal difference.

But it upset Adelaide, then dominated City at AAMI Park on Sunday to book its ticket to the decider at Netstrata Jubilee Stadium.

They've defeated @MelbourneCity to book themselves a showdown with @SydneyFC!

City was without veterans Melissa Barbieri and Tyla-Jay Vlajnic, who were sent off in their semi-final loss to Sydney, while Victory welcomed back Kyra Cooney-Cross from suspension.

Meanwhile, Victory goalkeeper Casey Dumont pulled off a top-drawer save in the 11th minute to deny a fierce long-range strike from Rebekah Stott, who was celebrating her 100th ALW match.

Victory snatched the lead when City skipper Emma Checker attempted to pass across her body and Ayres forced a turnover, before coolly finishing past James.

Courtney Nevin floated a lovely corner to the back post, where Bunge toe-poked a volley home.

Eight minutes into the second half, Chidiac danced past several defenders then whipped in a cross, with Ayres teeing up Privitelli to smash home Victory’s third.

Four minutes later, Hannah Wilkinson put a back-post header wide, and Victory held on from there.