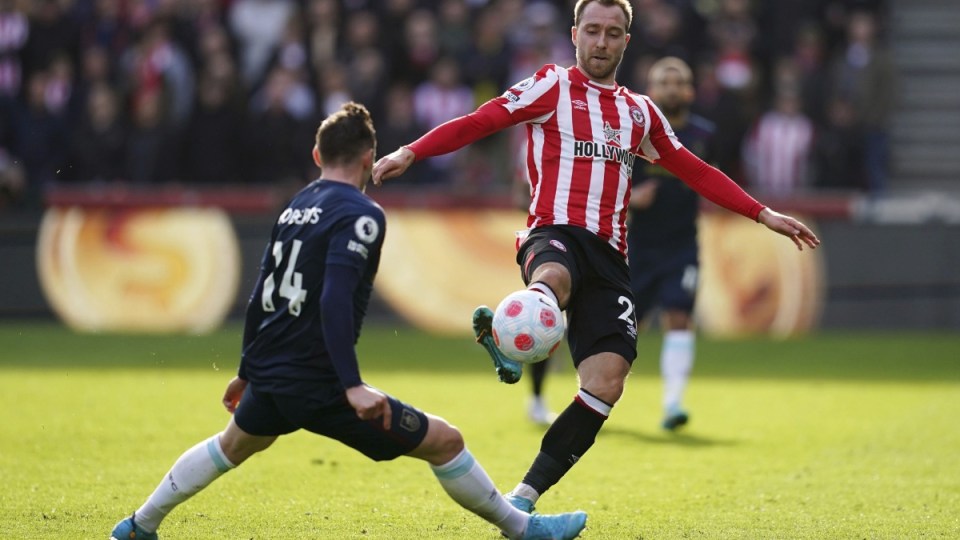 Christian Eriksen has been named in Denmark’s squad for this month’s international friendlies, nine months after suffering a cardiac arrest during Euro 2020.

The 30-year-old was “gone” for five minutes after his heart stopped during Denmark’s clash with Finland last June, but was resuscitated and an implantable cardioverter defibrillator (ICD) was fitted, allowing him to continue his career.

He signed for Brentford in January and has since played three times, making back-to-back 90-minute appearances and bagging an assist in Saturday’s win over Burnley.

It is sure to be an emotional return for the playmaker, whose side went on to reach the semi-finals of Euro 2020.

The match against Serbia will be Eriksen’s first return to Parken, where the incident happened in a group game against Finland.

A statement on the Danish football association’s website read: “Now we do not have to wait or wonder anymore.

“Christian Eriksen was in fact on the list of the 23 selected by national coach Kasper Hjulmand during today’s national team selection.

“Thus, the Danish number 10 returns to the national team jersey for the first time since his cardiac arrest in the European Championship match against Finland on June 12.”

Denmark plays a friendly away against the Netherlands on March 26 and hosts Serbia on March 29 as it prepares for the World Cup in Qatar in November.

“Christian is in a pretty good physical condition,” Hjulmand said.

“I saw him against Burnley last Saturday where he was the best player on the pitch. He is a player who thinks faster than most people do.”