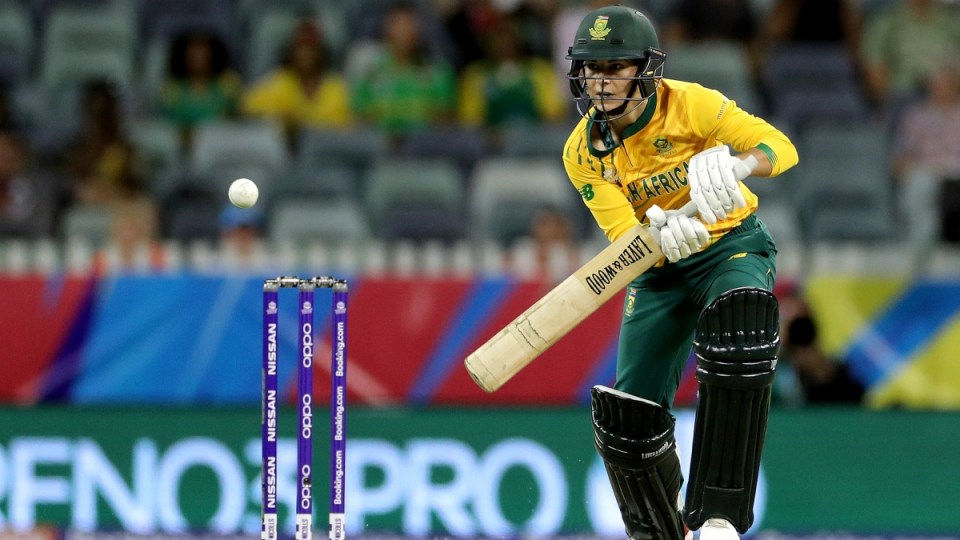 England’s title defence in the Women’s World Cup has suffered another jolt after South Africa edged a thrilling chase in the last over by three wickets to hand it a third defeat in as many matches.

The experienced Marizanne Kapp picked up a maiden five-wicket haul to help South Africa restrict the 2017 champions to 9-235 after putting their opponents in to bat at Mount Maunganui.

The 32-year-old then returned to the crease with the bat to contribute a crucial 32 off 42 balls as South Africa chased down its target with four deliveries to spare to register their third consecutive victory.

Opening batter Laura Wolvaardt lived a charmed life and survived a number of missed chances to top score for South Africa with a 77 with Kapp taking the side closer to victory before being dismissed in the penultimate over.

England's nightmare defence of their Women's World Cup crown continued after they suffered a three-wicket defeat to South Africa.#CWC22 #BBCCricket

“I guess at times we shot ourselves in the foot with the fielding, a batter like Wolvaardt, you can’t give her that many opportunities or she’ll make you pay.

“We’re pretty gutted with the situation, it’s not through lack of effort or a lack of graft. We’re going to have to keep believing that we’ve got a small chance of making it through.”

Their unbeaten run in the tournament continues, as #TeamEngland remain winless. #CWC22 pic.twitter.com/4M2zQgumTO

England, which earlier lost to Australia and the West Indies in its first two matches, still has a mathematical possibility to advance to the semi-finals but would also need other results in their favour.

It will next play India at the same venue on Wednesday.

The victory took South Africa, which will meet hosts New Zealand next on Thursday, to second in the table behind Australia.

“Every day she steps onto the field she shows her class and I think she’s the inspiration for many young girls and boys out there,” South Africa captain Sune Luus said referring to Kapp’s all-round show.

Some big movements in the #CWC22 standings after Bangladesh and South Africa's massive victories 👀 pic.twitter.com/EDm7BnpwRL