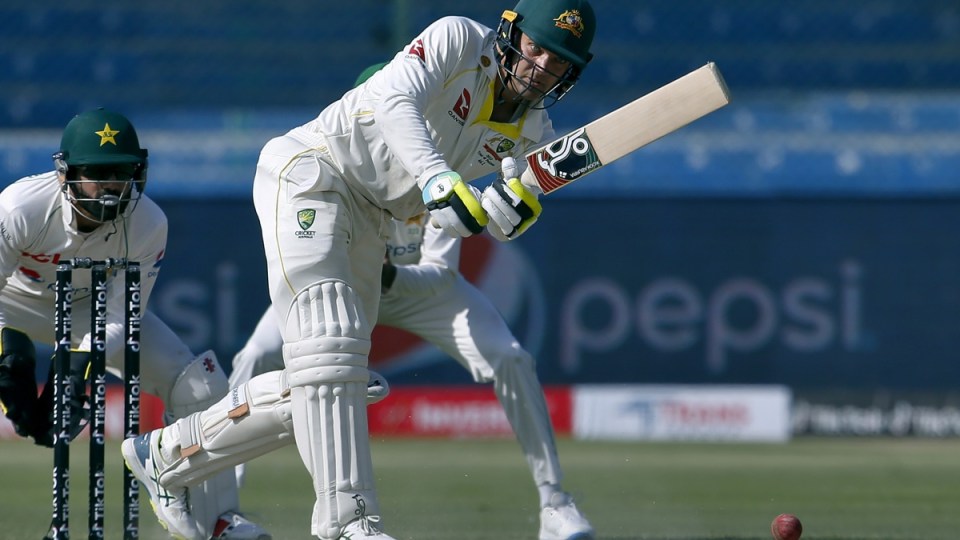 Usman Khawaja’s superb 160 and Alex Carey’s highest Test score highlighted an Australian crawl to 8-505 against Pakistan at stumps on day two of the second Test.

Khawaja’s marathon knock ended on 556 minutes and 369 balls and Carey made 93, falling shy of a maiden Test ton but surpassing his previous Test best of 51.

Nightwatchman Nathan Lyon made 38, his third-highest score from 135 Test innings, while Cameron Green (28) and Travis Head (23) failed to cash in after promising starts.

That’s stumps with the Pakistan skipper getting a wicket. Let’s see what Day 3 has to offer! #BoysReadyHain l #PAKvAUS pic.twitter.com/OVNYyABhWE

But an expected Australian acceleration and declaration failed to materialise with only the stylish Carey scoring freely.

He hit two sixes and seven fours from 159 balls.

Sajid dismissed Head and Khawaja in a 10-over span in the middle session.

Off-spinner Sajid trapped Head leg before wicket when the left-hander tried to turn a fullish delivery to the leg-side but missed.

Head, who struck five fours in his 48 balls, was adjudged lbw but opted to review, with replays showing the ball just clipping leg stump.

Khawaja played back to an off-spinner which turned away and beat the outside edge to hit off stump, ending an epic 369-ball innings from the Australian opener.

Khawaja posted his third-highest Test score, hitting 15 fours and a six in a knock which lasted until the 131st over.

After his exit, Cameron Green (28) and Carey pair put on 45 until Nauman bowled Green with a turning delivery that hit the top of off stump.

Earlier, Khawaja resumed on 127 with Lyon, who set the scoring pace as the pair batted for the initial 75 minutes of the day.

Lyon hit five fours from 62 balls before being bowled by Faheen. The spinner tried to whip a full ball through the leg-side but missed, the ball cannoning into his pads, then into the stumps.

Lyon dominated his partnership with Khawaja, scoring 38 of the 53 runs on Sunday until his dismissal.

Their stand was the second-highest of the day, with Carey and a circumspect Mitchell Starc (28 from 95 balls) adding 98 for the eighth wicket until Carey was bowled by part-time spinner Babar Azam (1-7) three overs before stumps.