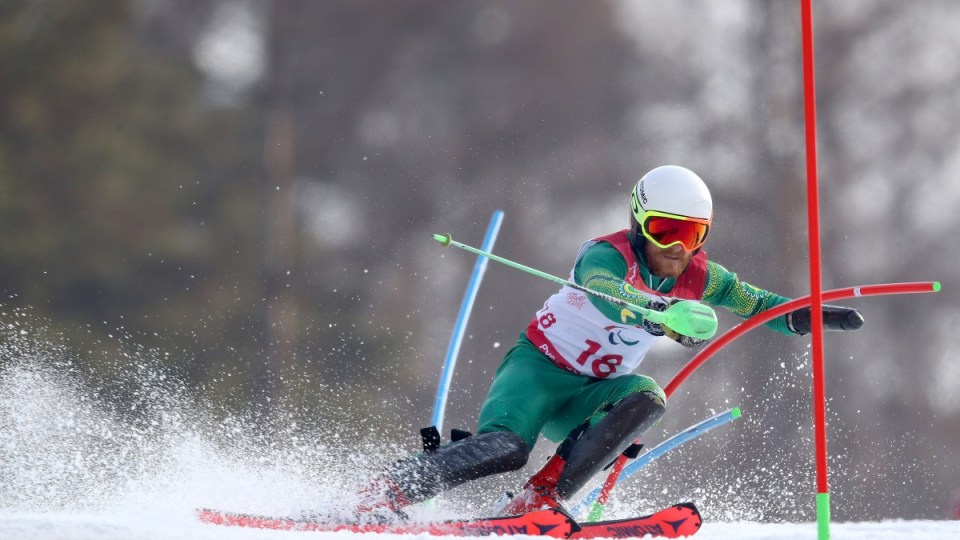 Australia is still waiting on breakthrough para alpine skiing medals in Beijing, but veteran Mitch Gourley believes a solid Super Combined effort has him primed to potentially sneak a medal late in his fourth and final Winter Paralympics.

Gourley finished 13th in the Super Combined in Yanqing on Monday, his best result of the Games so far after coming 20th in downhill and failing to finish in the Super.

The 30-year-old sat 15th after the morning’s Super G, 4.88 seconds off top spot after recording a time of one minute 16 seconds.

The Victorian prides himself on his technical skiing and was impressive in his slalom run, getting down the course in 43.26 seconds for a total time of 1:59.26.

“I made a big mistake on the flat up there so it cost me a lot of time but overall I’m happy with the approach to this run,” he said.

“Obviously there was a lot of things that could be cleaned up but the brain was in the right place as much as it could be after a long stint on a pretty tough speed hill for me.

“For a few turns (the slalom was good) then some others it was what it’s been this year a lot of the time, which is a bit all over the shop

“But that’s alright, I’ve got some time to get some energy back in the legs and really attack the GS (Giant Slalom) down here.

“I reckon this is a great hill for GS and I’m glad to get a run under my belt in slalom on it.

“If that mythical beast shows up on slalom, I’ve won plenty of World Cup slalom runs, so why can’t I win this?”

"Some of the best skiing I've seen from the Australian pair so far during these Games."

Earlier, in the Men’s Vision Impaired category, Patrick Jensen failed to finish the slalom part of the course.

Jensen was seventh after the Super G section, with his time of 1:17.85 landing 7.83 seconds behind leader Hyacinthe Deleplace.

But in the slalom, Jensen misjudged his entry into a tough left turn and clipped the pole with his right ski, bringing his day to a premature end.

Sit-skier Sam Tait had originally been due to compete but withdrew on Sunday evening to focus on his Giant Slalom campaign.

COVID boosters: When Australians might be able to get their fourth jabs
Shane Warne’s family in ‘never-ending nightmare’ as Thai police confirm star’s death due to ‘natural causes’
Today's Stories