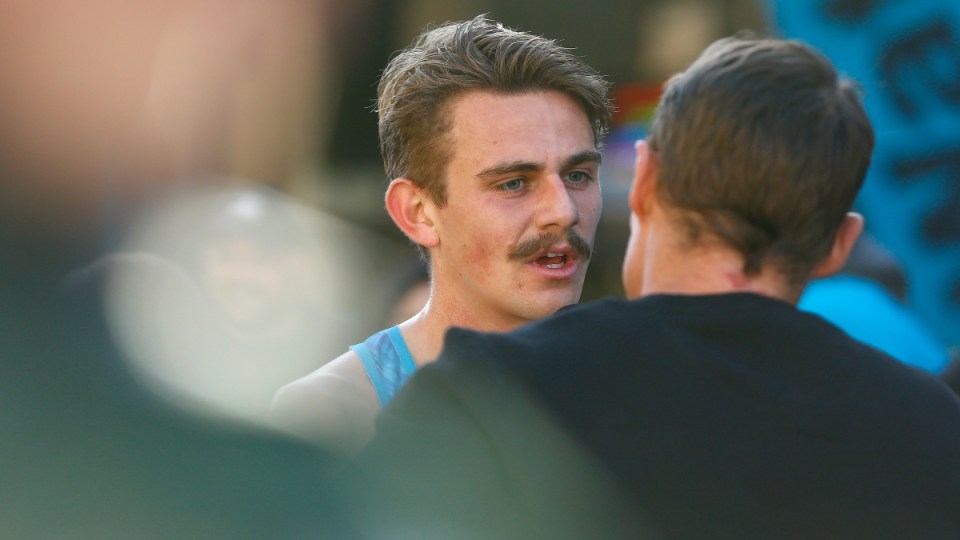 Distance runner Jack Rayner has smashed the Australian 10,000 metres record at a track meet in California.

Rayner and countryman Pat Tiernan were both chasing the tough qualifying standard of 27 minutes 28 seconds for the world championships in Oregon later this year.

But Rayner went much better than that, finishing third and stopping the clocking at 27:15.35 at the Sound Running event, The Ten K at J Serra High School in San Juan Capistrano.

American Grant Fisher won the race in in a sizzling 26:33.84 and Tiernan was 14th as the top eight finishers all bettered the world championships qualifying mark.

Barring his mustache, Jack Rayner is best known for his marathon prowess. But the 26-year-old just served up a national record of 27:15.35 over 10,000m to announce his return from the marathon wilderness.

It continued an impressive start to 2022 for Rayner, who won his first national 10,000 metres title at the Zatopek Classic in Melbourne in late January.

The 26-year-old had a disappointing time on his Olympic debut in 2021 in Japan where he was forced to withdraw from the marathon due to a stress reaction in his femur.

He had been targeting the Commonwealth Games marathon in Birmingham in August, although this record-breaking effort over 10,000 metres could prompt a rethink of his priorities for 2022.

Rayner’s next race will be the 3000 metres at the Sydney Track Classic on Saturday.