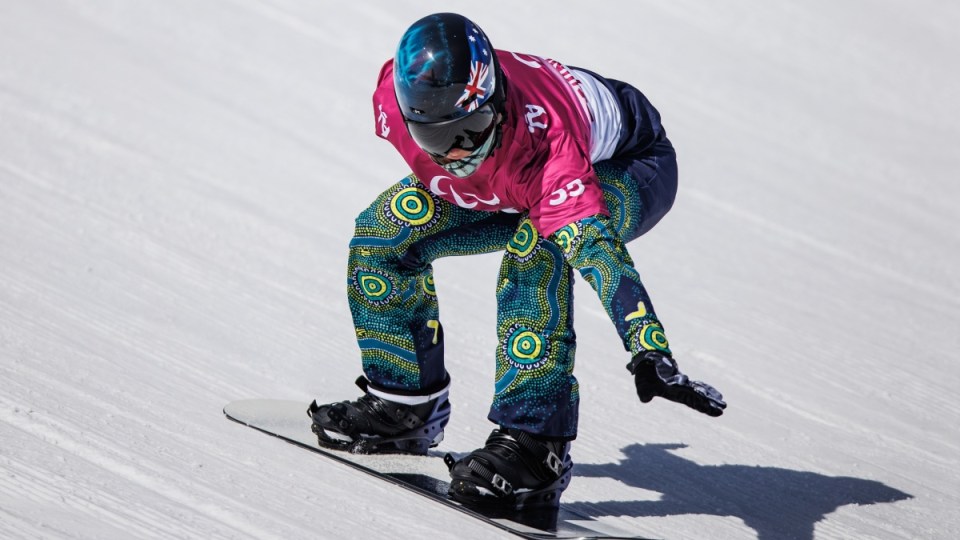 With its Beijing medal hopes resting firmly on Ben Tudhope’s shoulders, Paralympics Australia is sharing his physiotherapist with his closest rivals as part of a plan to deliver the para snowboarding star glory.

To an outsider, it sounds strange – both in terms of helping out competitors and in managing the stringent health and safety protocols of COVID-19 era.

But it’s a competitive risk the Australians believe is necessary to get the best out of Crystal Globe winner Tudhope.

Since PyeongChang in 2018, Tudhope has trained alongside Finland’s Matti Suur-Hamari and Canada’s Alex Massie.

The trio, known as ‘Team Unicorn’, share their Swedish coach, Par Sundqvist, and a Finnish board tech, along with a physiotherapist.

“We worked out the best way at the Paralympics to still be a team and just live together like we would outside of the Games,” Tudhope said.

“The Games are so country-based and I am so proud to represent Australia but without teammates I wouldn’t be here. I wouldn’t be motivated to stay where I am.

“We want to go out there and show the world that it doesn’t matter that we are from different countries.

“I know for myself, my snowboarding ability has gone through the roof with these guys by my side.”

To enable it to continue, Australia’s medical staff had to put together a plan for physiotherapist Ben Bond to treat Massie and Suur-Hamari in a neutral space.

“In terms of any COVID risk, we’re dealing with a team that travels together all the time. They’ve travelled together all this season, they’re triple-vaccinated, they’re super-clear on COVID protocols,” chief medical officer Dr Steve Reid said.

Chef de Mission Kate McLoughlin signed off on the “ridiculously unique” plan, noting breaking up the team by rejecting the request for a shared physiotherapist would not only destabilise Tudhope’s Paralympics, but potentially see him lose his coach.

“It’s a jigsaw puzzle, isn’t it? (Otherwise) there’s every chance the coach, Par, could be signed up with team Finland or Team Canada, so we’re benefiting from a world-class snowboarding coach, a world-class tech,” McLoughlin said.

“You’ve got to strike a balance. It works and (Tudhope’s) got to where he’s got, he won those (Crystal) Globes, because of the team he had around him and to mess with that just because we happen to be at a Paralympic Games seems silly.

“The worst possible situation would be that Ben didn’t have access to his coach. I know there’s a chance those guys might beat him but it could be worse if we didn’t.”

But it was another day without medals for the Australian para-alpine skiers, who were competing in the Super G.

Patrick Jensen was delighted with his sixth-placed finish in the vision-impaired category.

But Mitch Gourley lost his ski and did not finish the standing Super G, while Sam Tait crashed into a gate in the men’s sitting for his second DNF in as many events.

Ben Tudhope puts aside rivalry in bid for Paralympics medal