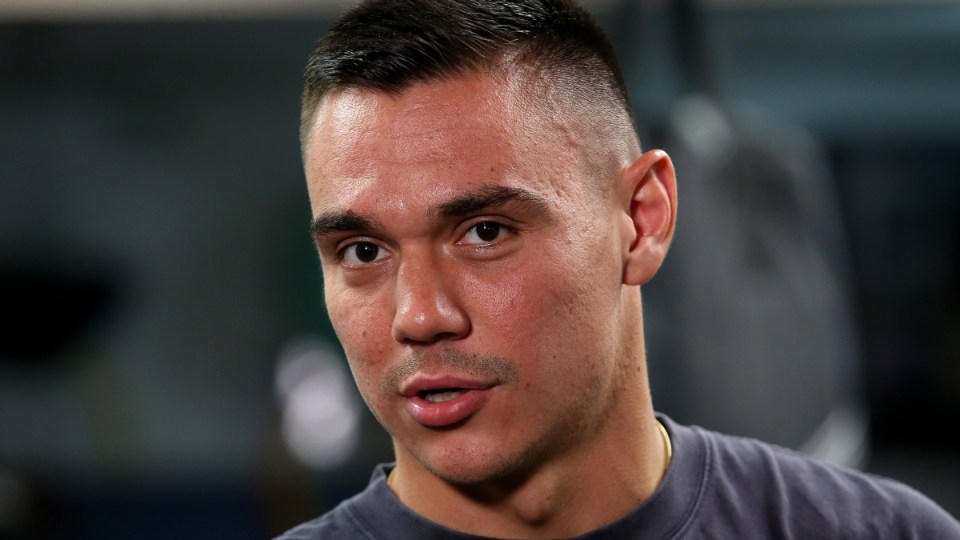 Tim Tszyu clocked up a convincing victory over Terrell Gausha in his first US bout.

Tim Tszyu says he’ll just have to “keep smashing these guys’ heads in” after locking in his American debut while waiting for a mandatory world title shot.

The son of champion Kostya will fight American Terrell Gausha in Minnesota in a headline act on March 27.

The unbeaten junior middleweight contender was initially scheduled to fight on the same card as Brian Castano-Jermell Charlo on March 20 (AEDT) in Los Angeles.

However the winner-takes-all unified showdown was cancelled after Argentine Castano suffered a biceps training injury, leaving Tszyu in limbo.

He will now fight Gausha a week later in Minneapolis, with victory keeping the Australian, the mandatory challenger to Castano’s WBO light middleweight title, in line for a title shot.

Boasting a 20-0 record including 15 knockouts, Tszyu had asked to replace Castano and fight Charlo (18-1-1) but was rejected, with the American waiting on Castano.

“He (Gausha) will be my toughest challenge in my career so far,” Tszyu said.

“I’m excited to get to that part of the world and establish myself.

“I don’t know what’s going to happen with them (Castano and Charlo).

“It’s all politics … all I can do is keep smashing these guys’ faces in.

“The little Chicken Run (Charlo) is going to run.”

Tszyu’s last fight was in November when the 27-year-old swept aside Japan’s Takeshi Inoue in a unanimous decision.

He is set to fly to the US late next week to continue preparations in Las Vegas.

Patient Tim Tszyu locks in date for major US fight