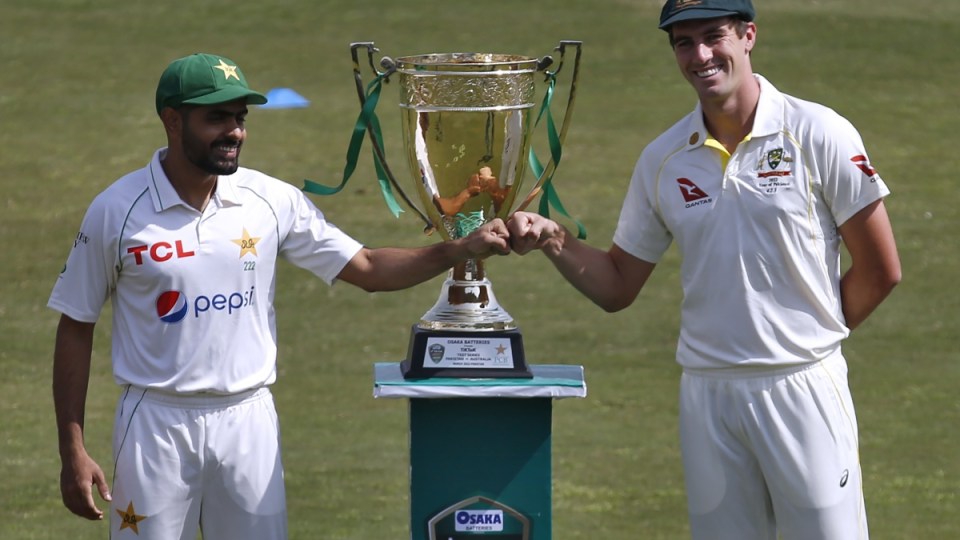 Australia will play for the Benaud-Qadir Trophy to mark its first cricket Test series in Pakistan in 24 years.

The Pakistan Cricket Board has confirmed the new trophy will be named to honour two legendary leg-spinners – Richie Benaud of Australia and Pakistan’s Abdul Qadir.

Benaud led Australia to a 2-0 victory in its inaugural series in Pakistan in 1959 and, after retiring from Test cricket, became a widely known TV commentator.

Qadir had a rich haul of 45 wickets in 11 Tests against Australia.

“I am delighted to give my approval for Richie’s name to be on this trophy alongside that of Abdul Qadir,” Benaud’s wife Daphne, said in a statement issued by the PCB.

“Richie had a very high regard for Abdul and the fact that both were leg-spinners has a nice ring to it.”

The PCB said Cricket Australia had agreed to present the Benaud-Qadir trophy at the end of each men’s Test series played between the countries.

PCB chief executive Faisal Hasnain said there could be no better way to launch the historic series than in the names of two “absolute legends and icons of this great game.”

Both captains – Pat Cummins of Australia and Babar Azam of Pakistan – unveiled the trophy at the Pindi Cricket Stadium, two days ahead of the series-opening Test.

“We really are standing on the shoulders of these greats of the past who helped to grow and popularise the game, and if my team can collect that trophy at the end of this series then it really would be the perfect end to the Test part of this historic tour,” Cummins said.

Azam said cricket greats such as Benaud and Qadir should be recognised and “the game is today healthy, wealthy and strong because of such individuals and their legacy”.

Pakistan has hosted its “home” series against Australia in neutral venues since then.