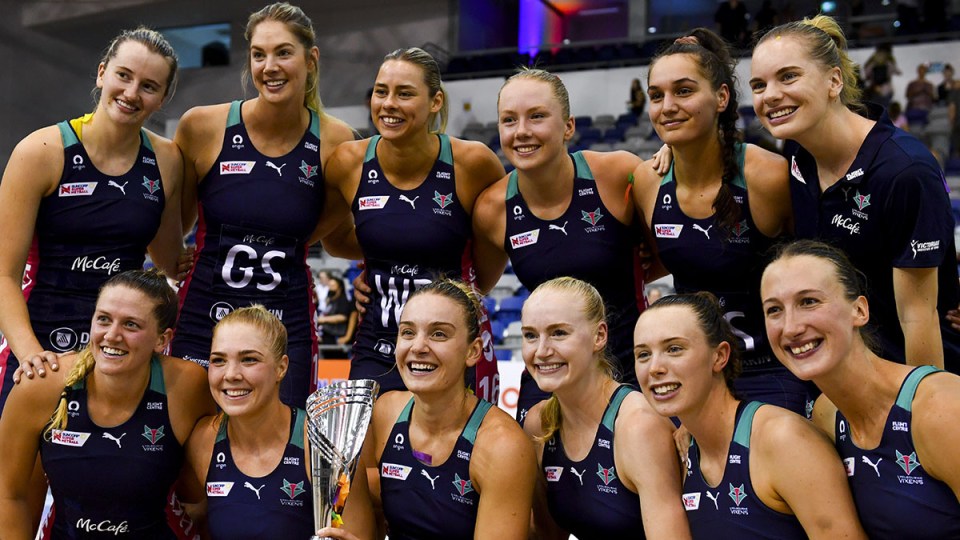 Melbourne Vixens have set themselves for a return from the cellar to the top of the Super Netball ladder after winning the pre-season tournament with a thrilling two-point victory over West Coast Fever.

The Vixens, who took the Super Netball title in 2020, managed just two wins all season last year as they finished bottom.

Diamonds captain Liz Watson was sidelined with a foot injury last year but returned to the Melbourne line-up with a bang as her team went through the four-game Teams Girls Cup tournament without a loss.

Fever had also won each of its three round-robin games to advance to the final at Melbourne’s Parkville Stadium on Sunday.

Playing in front of home fans, the Vixens led from start to finish for a 45-43 victory.

The seven-point buffer was maintained through the third quarter, giving Melbourne some breathing space into the final period.

And they needed it with Fever, which made the preliminary final last season despite being docked 12 points for salary cap cheating, coming hard.

Samason finished with 25 goals from 28 attempts, including five super shots, while Barkmeyer chimed in with 10 goals from 10 attempts.

Veteran Vixens centre Kate Maloney, who is co-captain with Watson, was named player of the match.

“We are really happy with that performance,” Maloney told Fox Sports.

“Win, lose or draw today we came out of this weekend with what we needed.

“That was some really good netball and we got some new combinations out there and I thought Rahni and Ruby were awesome.

“Finishing on the bottom of the ladder gives you a real fire in our belly and we don’t want to be there again … this trophy isn’t the one we want. There’s one later in the year that we want to have our hands on.”

Jhaniele Fowler was top scorer for Fever with 30 goals from 31 attempts, while new coach Dan Ryan was open to experimenting, utilising his whole bench.

In other results on Sunday, Adelaide thumped Sunshine Coast Lightning 53-32 in the third-place playoff.

Queensland won the fifth-sixth clash 52-50 against Collingwood, while the Giants beat NSW Swifts in the seventh-eighth match 41-27 in a match up of the 2021 grand finallists.

The Swifts, the reigning premiers, failed to win in four games.

Netflix will soon have ads, but it might not be what you think
Morrison backs sporting boycott of Russia
Today's Stories