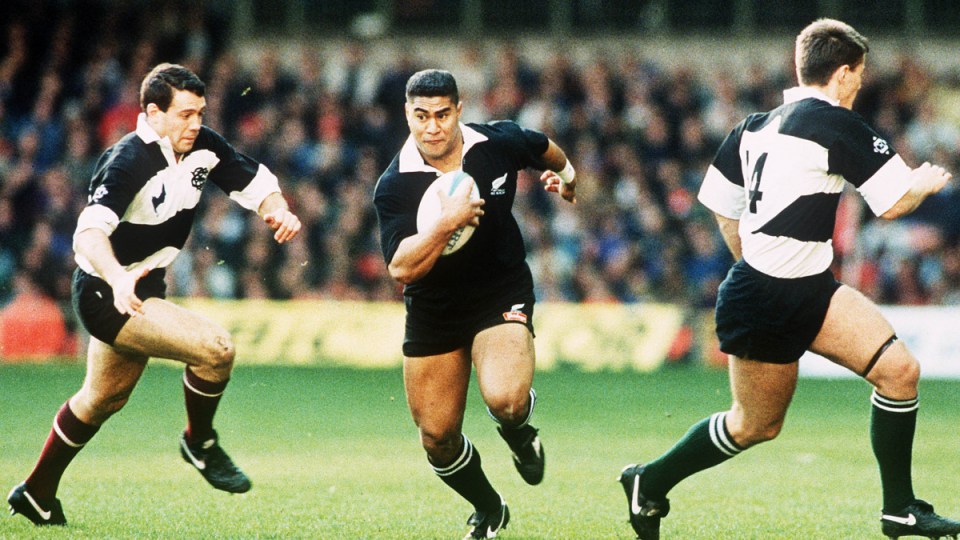 All Black Va'aiga (Inga) Tuigamala on the run against the Barbarians at Cardiff Arms Park during the All Blacks 1993 tour of the UK. Photo: Getty

Tributes have poured in for dual-code rugby international Va’aiga Tuigamala, most famously known as Inga the Winger, who has died at the age of 52.

Tuigamala, who played for the All Blacks and also represented Samoa in both codes, was a member of the all-conquering Wigan rugby league team of the early 1990s.

His former club said on Twitter: “This morning, Wigan Warriors are deeply saddened to learn of the tragic news that former player Va’aiga (Inga) Tuigamala has passed away.

“Wigan Warriors send their deepest condolences to the family and friends at this awful time.”

It is with great sadness that we have learned of the death of Va’aiga (Inga) Tuigamala.

A true great of both codes who helped us win the 1997-98 Premiership title, Inga will be fondly remembered for his physicality on the field, and his friendship off it.

Tuigamala played rugby provincially for Auckland before switching codes by signing for Wigan in January 1994.

He then reverted to rugby union by signing a five-year deal with Newcastle that reputedly cost the Kingston Park club £1million ($1.9 million) and went on to win league titles with both the Falcons and Wasps.

Our thoughts and prayers are with the friends and family of Va’aiga 'Inga' Tuigamala who has sadly passed away.

Inga was a fierce a competitor and one of the greats. Rest in peace ⭐️#RugbyFamily pic.twitter.com/yuRK7UJ932

He tweeted: “Absolutely heartbroken! I owe so much to this amazing man! Literally helped change my life when he came to ?@WiganWarriorsRL? from NZ. Sending all my love and condolences to the family at such a sad time. RIP brother.”

Tuigamala became a funeral director after retiring from rugby, prompted by the death of 10 of his friends in 2003.

He ran a funeral company, Tuigamala & Sons, in West Auckland and organised the funeral of the late king of Tonga, Taufa’ahau Tupou IV.