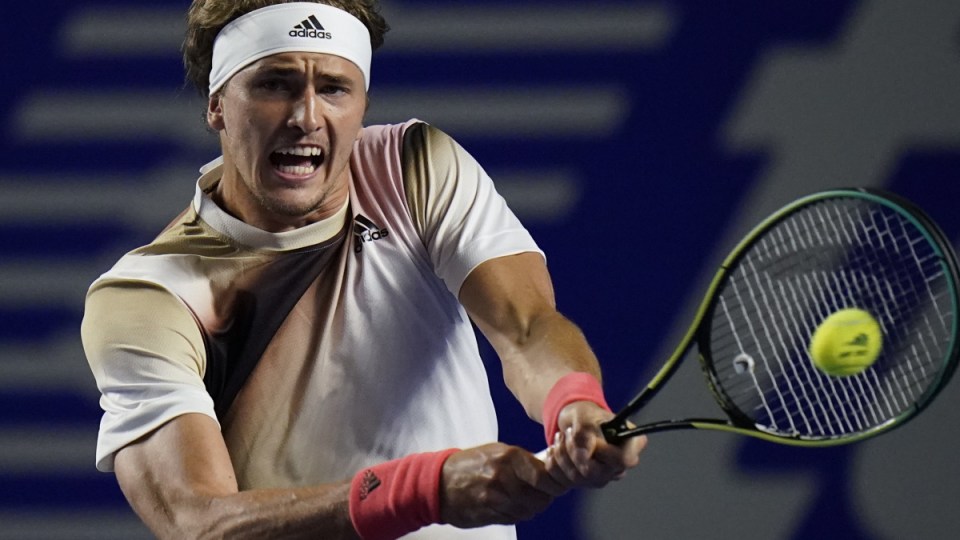 Alexander Zverev has been expelled from the ATP event in Mexico for smashing an umpire's chair. Photo: AP

World tennis No.3 Alexander Zverev has been booted out of the ATP 500 event in Acapulco and faces a hefty punishment after repeatedly smashing an umpire’s chair with his racket following a doubles match.

The shocking incident occurred moments after the German and Brazilian partner Marcelo Melo were beaten 6-2 4-6 10-6 by Britain’s Lloyd Glasspool and Finland’s Harri Heliovaara,

The four players shook hands at the net before Zverev turned to the umpire and aggressively hit the chair with his racquet three times, almost catching the official’s leg with one swing.

As the umpire stood to climb down from his chair, 24-year-old Zverev walked back over and took another swing.

They posted on Twitter: “Due to unsportsmanlike conduct at the conclusion of his doubles match on Tuesday night, Alexander Zverev has been withdrawn from the tournament in Acapulco.”

The ATP has yet to announce any sanctions, but its website shows that Zverev’s second-round opponent in the singles, Peter Gojowczyk, has been given a walkover.

Earlier, Zverev had completed victory over American Jenson Brooksby in the ATP 500 event in Mexico at 4.55 am local time on Tuesday, the latest ever finish for a professional tennis match.

After battling for three hours and 19 minutes, during which the German twice came within a point of losing during a second-set tiebreaker, Zverev defeated the 47th-ranked Brooksby 3-6 7-6 (12-10) 6-2.