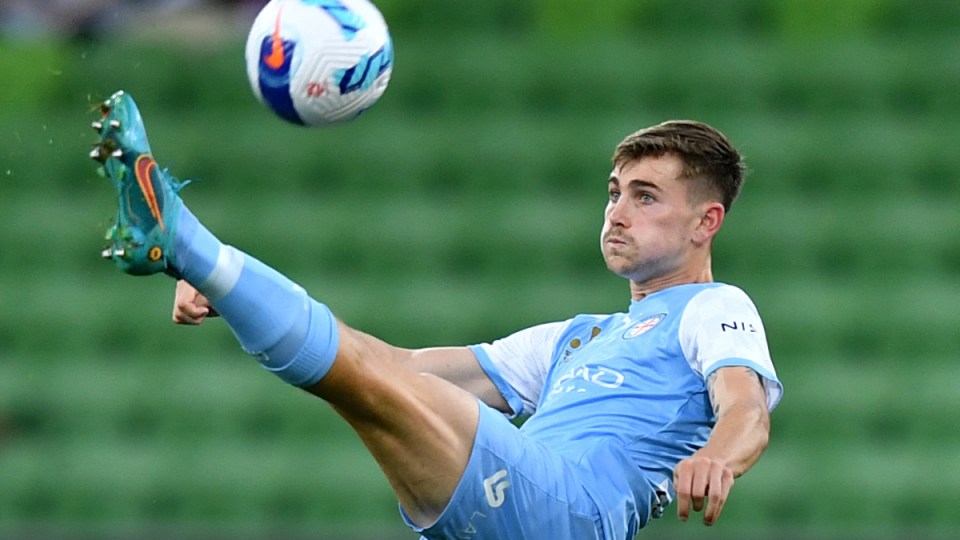 Connor Metcalfe will move to German second division side St Pauli at the end of the ALM season. Photo: AAP

Socceroo Connor Metcalfe will leave Melbourne City at the end of the A-League Men campaign to join German club St Pauli on a three-year deal.

City confirmed on Thursday a deal had been reached with the second division outfit which will allow Metcalfe to play in the club’s inaugural Asian Champions League group stage campaign in April as well as the remainder of the season.

The 22-year-old has been with City since joining as an academy player at 15.

Since debuting for the club in 2018, Metcalfe has made 62 appearances and played a key role in the club’s ALM premiership/championship double last season.

What a ride it’s been for Connor Metcalfe! pic.twitter.com/D3nv1LMz1L

Metcalfe will join fellow Socceroo Jackson Irvine at the Hamburg-based St Pauli, which is firmly in the running for promotion to the Bundesliga, sitting atop the 2. Bundesliga ladder after 22 matches this season.

“We completely understand (Connor’s) desire to test himself in the biggest leagues in Europe and he is moving to an equally ambitious club in FC St Pauli,” City’s director of football Michael Petrillo said.

City’s next match is against Newcastle at AAMI Park on Friday.