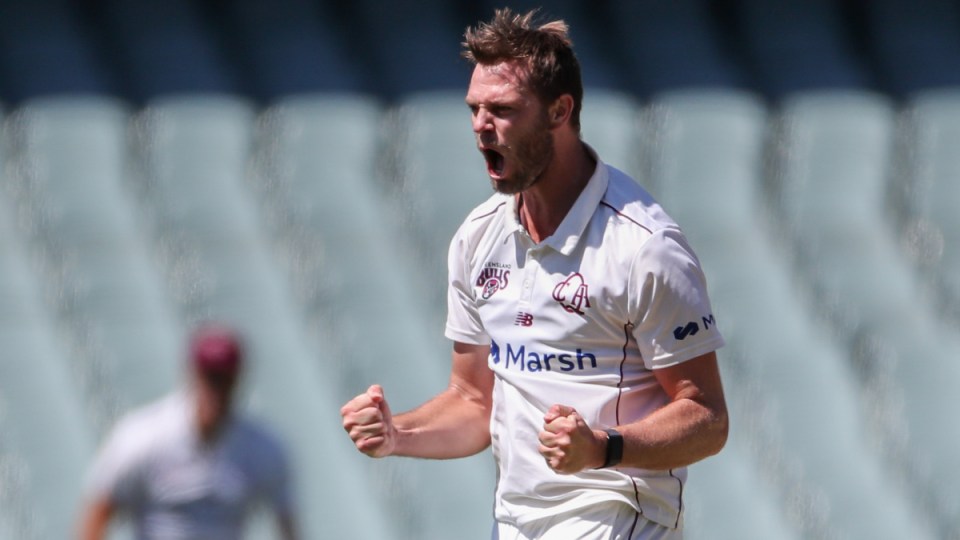 Mark Steketee has been named to replace the injured Michael Neser in the Test squad to tour Pakistan. Photo: AAP

The 28-year-old will be off to Pakistan for Australia’s first tour of the country in 24 years.

It is a cruel blow for the paceman, who impressed on Test debut against England in December before being left out for the next match at the MCG.

Steketee replaces Michael Neser who was today ruled out with a side strain.

He'll play this week's #SheffieldShield game against Victoria before joining the Australian squad. Brendan Doggett will also join the squad next week as cover #PAKvAUS pic.twitter.com/r3UKiI4hIY

Steketee will line up in Friday’s Sheffield Shield game against Victoria in a final chance to impress before heading overseas.

Bulls teammates Usman Khawaja and Mitchell Swepson will join Steketee in the match at the Junction Oval in Melbourne.

The unknowns of touring Pakistan and the challenges of travel during the COVID-19 pandemic led selectors to naming a mammoth 18-man squad.

Mark Steketee has replaced team-mate Michael Neser in Australia’s squad for the tour of Pakistan. Unfortunately Ness was ruled out with a side strain suffered on Monday.

Star batter Steve Smith suffered a concussion during Australia’s Twenty20 series against Sri Lanka but is not considered to be in any doubt for the tour.

The first match of Australia’s three-Test tour of Pakistan gets under way on March 4 in Rawalpindi.

It will be Australia’s first overseas tour since the 2019 Ashes and the team’s first Test series since Justin Langer’s resignation as coach earlier this month.