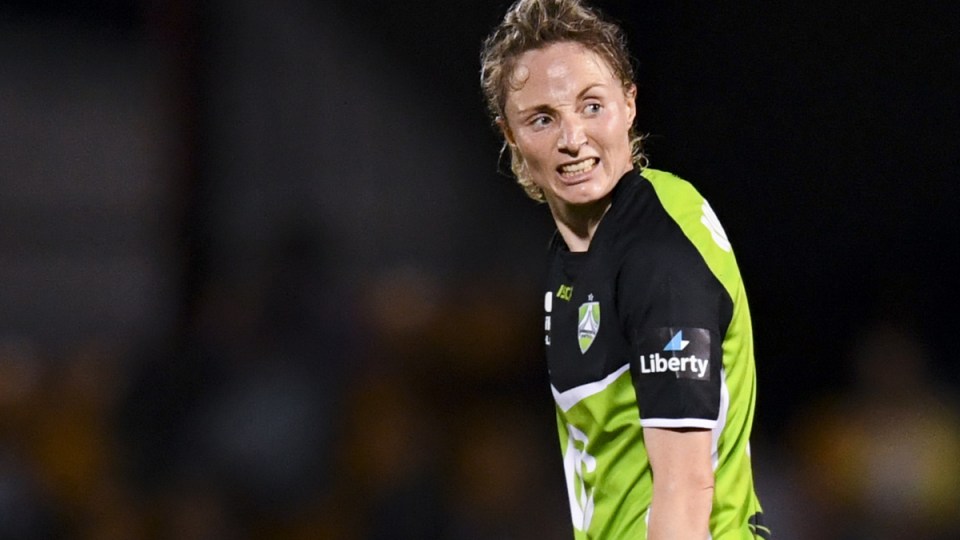 Canberra United has thumped fellow cellar dwellers Western Sydney 5-0 to finally snare its first win of the A-League Women season and send the Wanderers deeper into the doldrums.

Substitute Chloe Middleton added a third in the 62nd minute, with Margot Robinne’s seven-minute brace in the 84th and 90th ensuring Canberra finally broke through in their 10th game of the season.

The loss was ominous for the one-win Wanderers, who went goalless for an eighth time in 11 games and have now shipped 10 goals in their last two outings, after last week’s 5-0 loss to Melbourne Victory.

What a way to score your first @LibFinancial A-League goal!

With a casual chip from outside of the box.

Coach Catherine Cannuli lamented repeating the same mistakes against Canberra as in the Victory loss, noting the Wanderers had “copped more goals in the last two games” than in their previous nine.

“Together as a group, they need to learn and they need to make sure that they go into the next game learning from those mistakes,” Cannuli said.

“We made similar mistakes tonight to what we did last week and it’s something that they need to rectify on the pitch.

“For myself, and the playing group themselves, they’ve got to pick themselves up. We will continue to prepare and work with the girls the same as what we did in round one.

“We’ll continue to do our roles and everyone’s got to stay positive here because end of the day we want to be going out there representing ourselves and representing the club with pride.

“We don’t walk into the games thinking it’s acceptable to lose 5-0, but we’ll regroup.”

Cannuli said the Wanderers would focus on getting minutes into their younger players in their final three games.

“We’ve got one hand on finishing as high up the ladder as we can for the season. But on another hand, we’re looking towards next season as well,” she said.

“The most important part is to keep their mentality and keep the spirits up high because when you’re down it’s tough to get back up.

“It’s super important that we stick together as a group, and we continue to keep working hard and trying to get something out of the next game against Newcastle.”

“Bringing Margot on, she just brought this fire into the game,” Heyman told Paramount Plus.

“You can see on the field that the girls are actually having fun and I think that confidence within ourselves definitely helped us come away with the win.

“… It’s the biggest confidence booster that we need right now.”