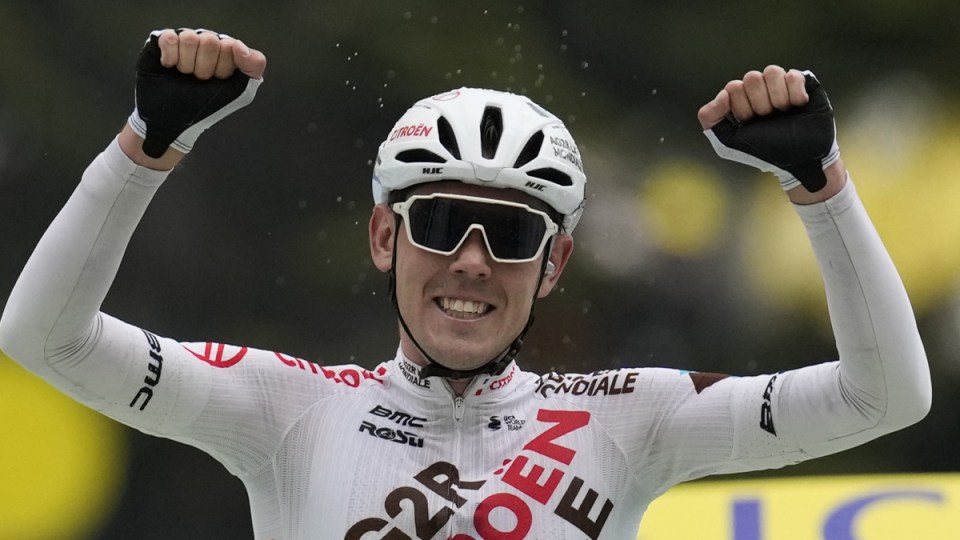 The 26-year-old from Perth confirmed he is a genuine Grand Tour contender when he won a Tour de France stage and finished fourth overall last year.

It is among the top overall Australian results at the Tour, along with Cadel Evans’ many highlights and Richie Porte’s third in 2020.

With Porte retiring at the end of this season, O’Connor is at the pointy end of a new wave of Australian riders making their mark in the three-week stage races.

Jack Haig also finished third last year in the Vuelta a Espana, and Jai Hindley was second at the 2020 Giro d’Italia.

But O’Connor expects it will be a while before he can challenge Slovenian duo Tadej Pogacar and Primo Roglic, who are setting the standard at the Tour de France.

Pogacar has won the past two editions and Roglic was runner-up to his compatriot in 2020.

“Physically, the way I’ve been developing, it would be possible to finish on the (Tour) podium,” O’Connor told AAP.

“To win the Tour, it would have to be in a number of years because I’m just so far off what Roglic and Pogacar can do.

“It’s really mind-bending what these guys can (do). It shows how far off you are – that’s another level.

“For other Grand Tours, it could be possible and I really do believe that. But the Tour, you always have the really, really special top guy who’s there.”

O’Connor said he was “cooked” after his Tour breakthrough last year and while AusCycling approached him to potentially ride at the Olympics, he was in no state to head to Tokyo.

He will return to racing at the June 16-20 Ruta del Sol and will have a similar program with his French team AG2R that worked so well for him last season.

But O’Connor also wants to perform in key Tour build-up races such as Paris-Nice and the Tour of Romandie as he continues to develop as a bike rider.

“There are lots of different places where you can improve and that’s what keeps you keen because you always want to do better,” he said.

“I’ve definitely grown up a little bit. I feel I’ve developed finally into a bike racer who’s able to perform with the top guys.”

He plans to contest the Vuelta from mid-August, which potentially rules him out of the September world road championships in Wollongong.

“If they pick me or tell me early then I can plan for it,” he said of the Australian team for the worlds.

“I would love to try worlds if I’m still going, but who knows where the engine will be at that point (of the season) – it might be broken again.”