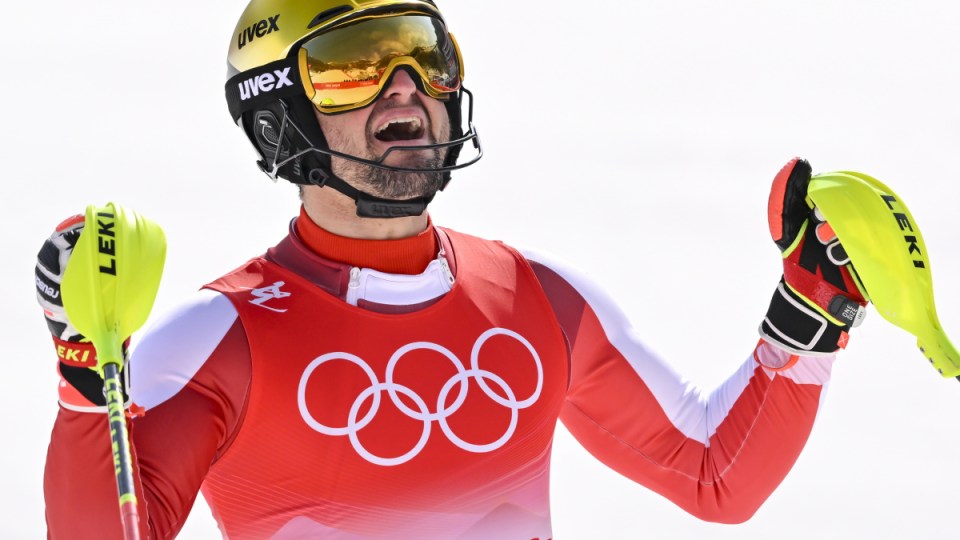 Just as his father did more than three decades ago, Austrian skier Johannes Strolz won the Olympic gold medal in the Alpine combined race.

Adding to the achievement, he wasn’t even on the national team until about a month ago.

The 29-year-old Strolz, who has won only one World Cup slalom, was fourth fastest after the downhill run on Thursday.

But he was half a second quicker than anyone else in the slalom, helping him edge first-run leader Aleksander Aamodt Kilde of Norway by 0.58 seconds.

He Strolz into first place! 😎🇦🇹

🇳🇴 and 🇨🇦 sit in second and third respectively

The combined adds the times from one downhill and one slalom run.

His dad also won silver in the giant slalom that year and almost won another Olympic combined four years later, but missed a gate near the end of the second run and was disqualified.

Johannes Strolz had a career-best finish of 10th in more than eight years of World Cup racing before winning last month in Adelboden, when he wasn’t even an official member of the Austrian team after being dropped.

That victory earned him a spot on the team for the Beijing Games.

“You have to be patient in ski racing. He’s showed everybody that. Hard work and patience and never give up.”

The 29-year-old Kilde won his second medal of the Beijing Games. He also took bronze in the super-G on Tuesday.

Kilde had been given tips by girlfriend Mikaela Shiffrin, who won gold in the slalom at the 2014 Sochi Games.

Her 47 career World Cup wins in the slalom are more than anyone else has won in any single event – although the American star has failed to finish her two events so far at the Beijing Games.

“She just said to me, ‘keep up the tempo and keep the skis under you’. And that’s what I’m going to do,” Kilde said after the downhill run.