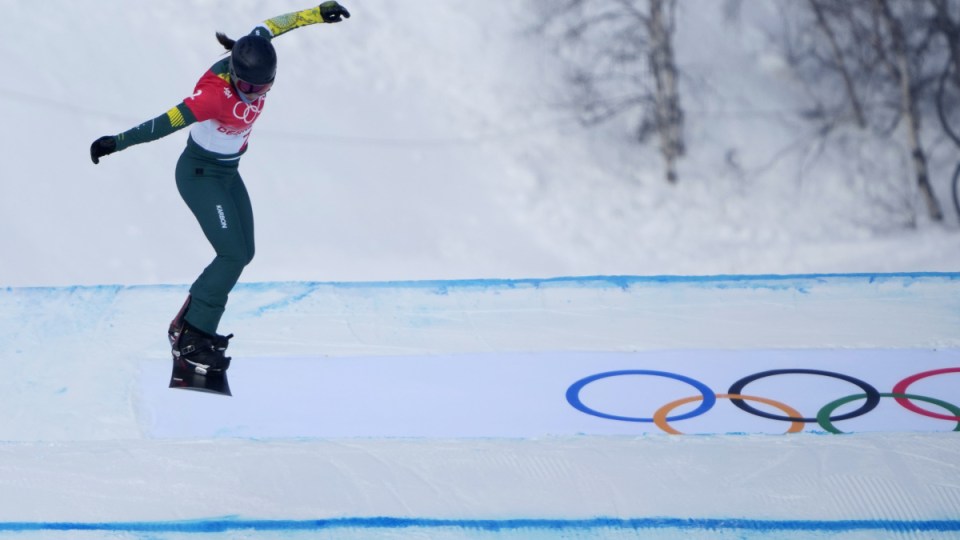 The 29-year-old paid for a poor start in the big final, falling behind early in the four-woman medal decider.

She was unable to make up ground after a tumultuous day of competition when Brockhoff repeatedly avoided elimination and disaster.

American Lindsey Jacobellis won the gold medal – her country’s first at the Beijing Games – ahead of Chloe Trespeuch of France, with Meryeta Odine of Canada taking the bronze.

So very close to a medal for Belle Brockhoff.

But what an effort to get all the way through to the final and finish fourth 👏#Beijing2022 | #7Olympics pic.twitter.com/rfagejULQR

Until Wednesday, Jacobellis was best known for taking a massive lead into the final jump at the 2006 Turin Games.

She pulled on her board in a showboat move as she went over the crest, then fell and had to settle for silver.

This time, the four-time world champion went hard all the way to the line to finally win gold.

Brockhoff revealed after the big final that she had hit her head in a fall while training on Tuesday and also had struggled with a knee problem ahead of competition.

She only managed 18th in the first qualifying run and needed to rally in the second run to stay in the competition.

"I had a really bad training day yesterday … had a crash. I had a shit time trial, I was having a bit of a breakdown in front of my family…"

Up against it, @bellebrockhoff had an inspirational day against the odds 🙏#Beijing2022 | #7Olympics pic.twitter.com/KK8tRLwvXq

After finishing second in her 1/8 final, Brockhoff came from nowhere to also finish second in her quarter-final heat, missing out on the win by just .01 of a second after trailling her three competitors for most of the race.

There was more drama in Brockhoff’s semi-final when Julia Pereira de Sousa of France, the 2018 Olympic silver medallist, crashed in front of her.

Brockhoff narrowly avoided being taken down as well and finished second to qualifying for the medal decider.

“All I can say is ‘oh well’ rather than ‘what if’,” a tearful Brockhoff told Channel Seven after the medal race.

Fellow Australian Josie Baff was eliminated when she took third in a separate 1/8 final heat.

Competing at her first Olympics, Baff was 14th in the first qualifying round to go through to the 1/8 finals.

Brockhoff and PyeongChang silver medallist Jarryd Hughes are the reigning world champions in the mixed team event, which will make its Olympic debut in Beijing.

Volodymyr Zelensky: How war will end as Ukraine ‘breaks backbone’ of Russian army
Formula One to remove opportunity for drivers’ pre-race ‘take a knee’
Today's Stories