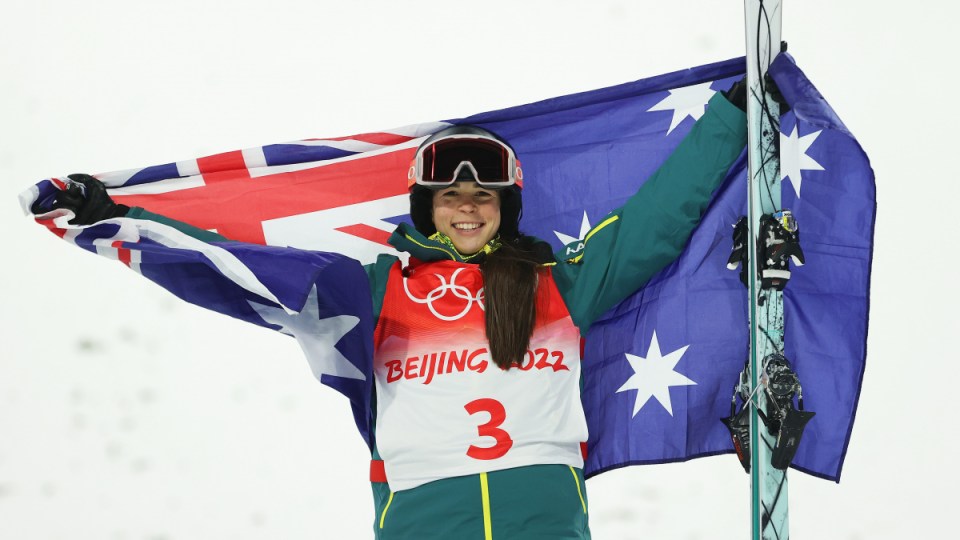 The 23-year-old Anthony, who finished a surprise fourth at the last Olympics in PyeongChang, was rewarded by judges on Sunday night for having the most difficult aerial manoeuvre.

“It’s really incredible to know that all the hard work that I have been putting into my whole skiing career is really paying off,” Anthony told the Seven Network.

“I really just tried to stay focused on what I needed to do.

“That was all I could control in the moment.”

Anthony had been in hot form all tournament, finishing on top of the 30-skier field during qualifying at Zhangjiakou on Thursday night.

She also topped Sunday’s first and second final with runs of 81.91 and 81.29 respectively.

Soak it all in Jakara 🌟

You are an Olympic Gold Medallist! pic.twitter.com/6qxNf00FnH

The 21-year-old was one of the first to pile on New Zealand’s gold medallist Zoi Sadowski-Synnott in celebration of their feat.

“That was crazy,” Coady said.

From George Miller to an Elvis biopic: What to expect from Aussie filmmakers at Cannes 2022
Andy Murray opts to skip French Open, clay courts to improve longevity
Today's Stories